When the Gesco Group called us for a preliminary proposal for Amicar Sharing brand restyling and launch campaign, the first question we asked ourselves was how to intrigue Neapolitans.

It was easy to guess that the main target (of which we are fully part) would willingly use the service: it has already used car sharing elsewhere and recognizes its advantages, already knows how the system will work before even downloading the App. So we created a campaign that not only introduced these users to the arrival of Car Sharing in Naples but also tried to attract the rest of the population to this new service. We therefore turn to those who are less accustomed to travel too, to those who perhaps have only heard about sharing, to those who experience daily the inconveniences that public transport and the city itself present.

Limited traffic areas, air and noise pollution, underground and funiculars closed or suspended or delayed, expensive parking and unfair tips, buses that do not pass, expensive insurance and gatherings in addition. In short, the “tarantelle” of the same Neapolitans. Yet we refuse to believe that the same Neapolitans exist, characterized by this set of characteristics that define the Neapolitanity. According to the Treccani encyclopedia it is about “the set of traditions, customs, qualities and spiritual attitudes that make up the historical heritage of the city of Naples and the Neapolitans”, but the reference to these kind of anthropological specificities puzzles me. This Neapolitanity always remains so vague and indefinite that it can be used both to define the positive and negative sides of the Neapolitans, but the cultural specificity of which many of us are proud is a trap: it relegates Naples to an eternal state of exception, for which it is legitimate that the Neapolitans can never enjoy the luxury of normalcy. ” (Gennaro Ascione, Vendi Napoli e poi muori, ed. Magmata, 2018)

The Claims for Amicar Sharing try to subvert at least a little these exceptions, re-signifying the usual clichés and normalizing their collective sense. Reading from today “Even in four, without a helmet”, “In the limited traffic areas without covering the car plate”, “Stay covered without insurance.” “When the public transport do not pass, without going on foot” and the other claims, all this will immediately become possible and shared by everyone, first in the collective imagination and then – hopefully – also in reality. 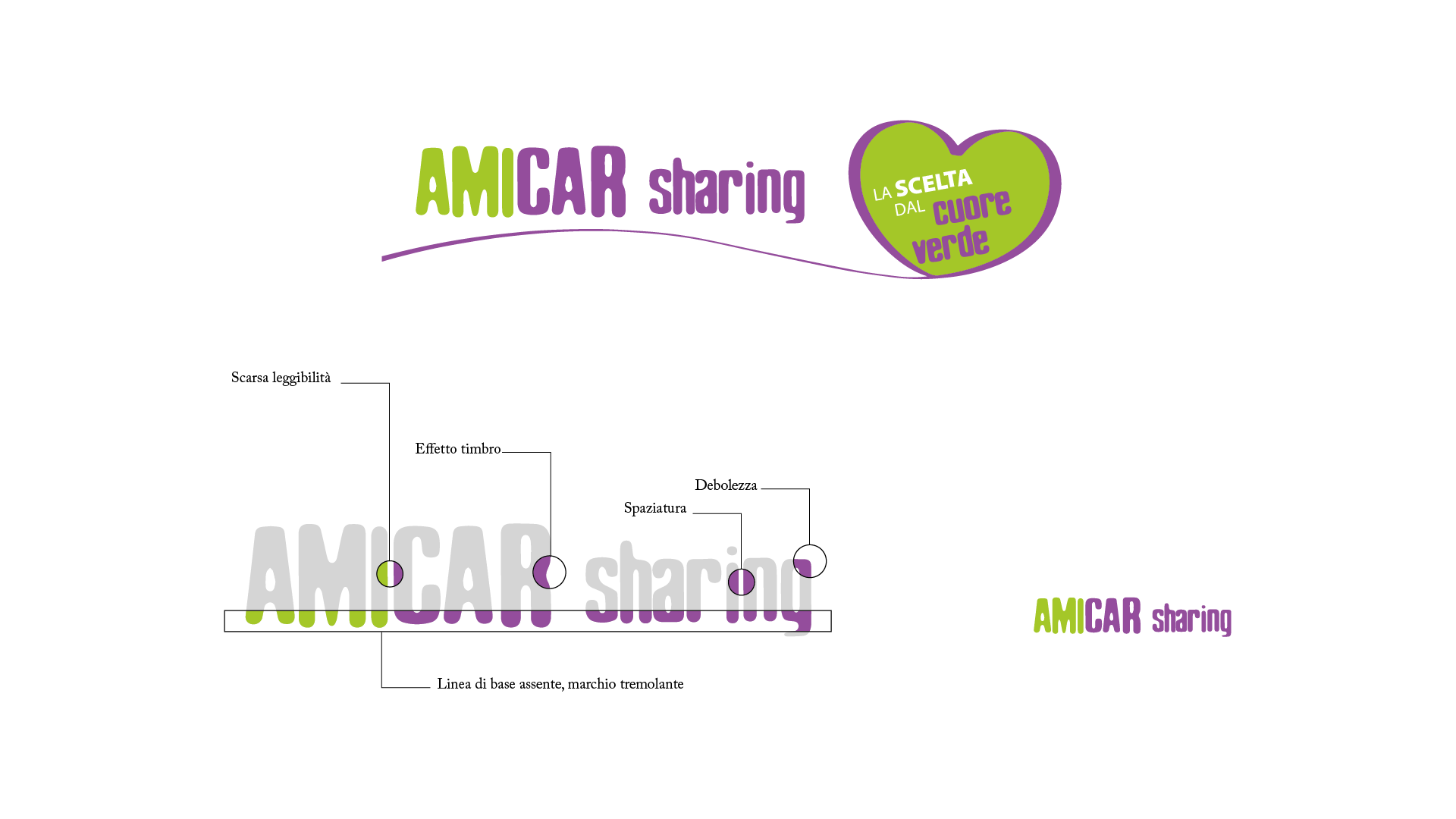 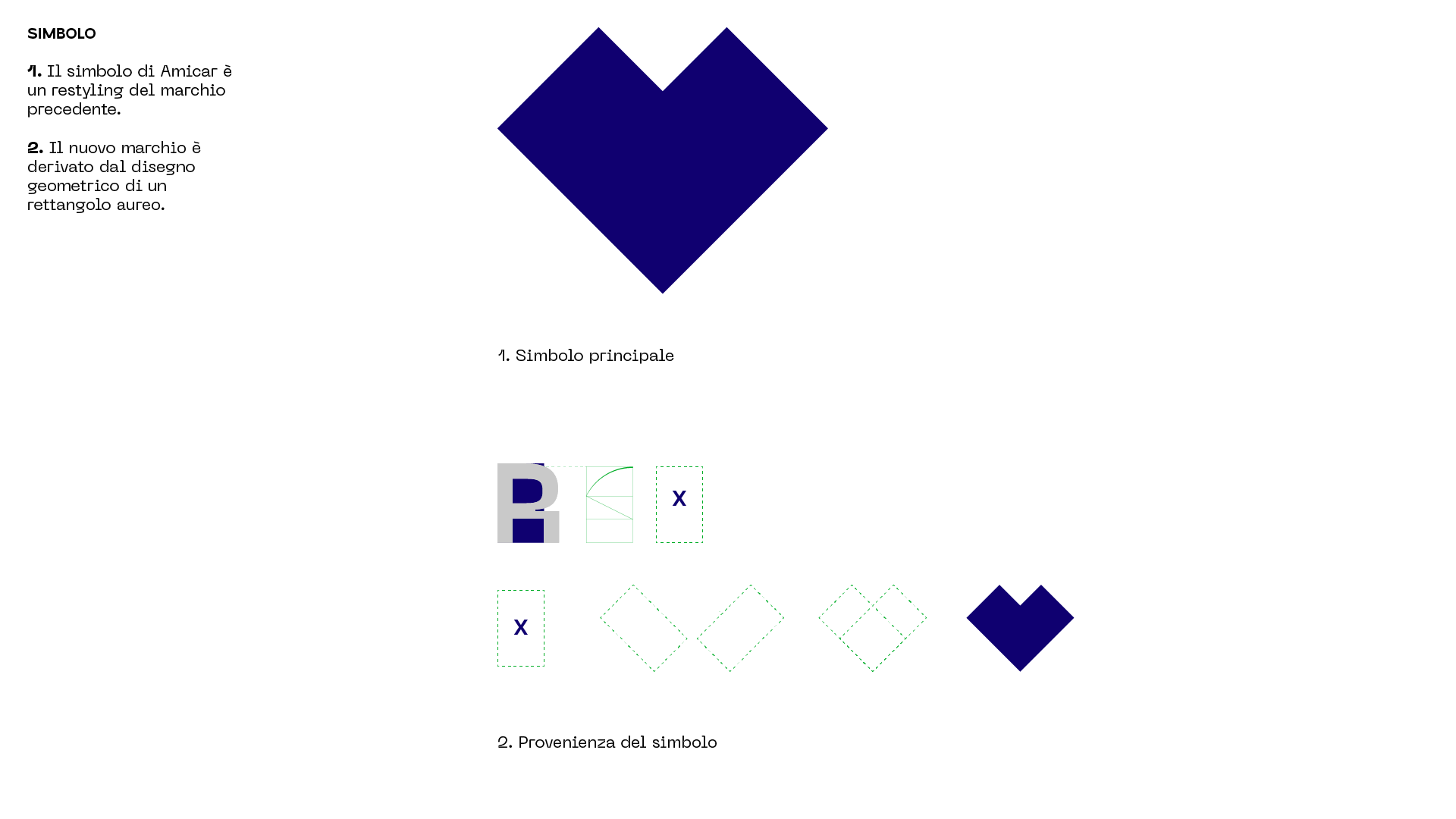 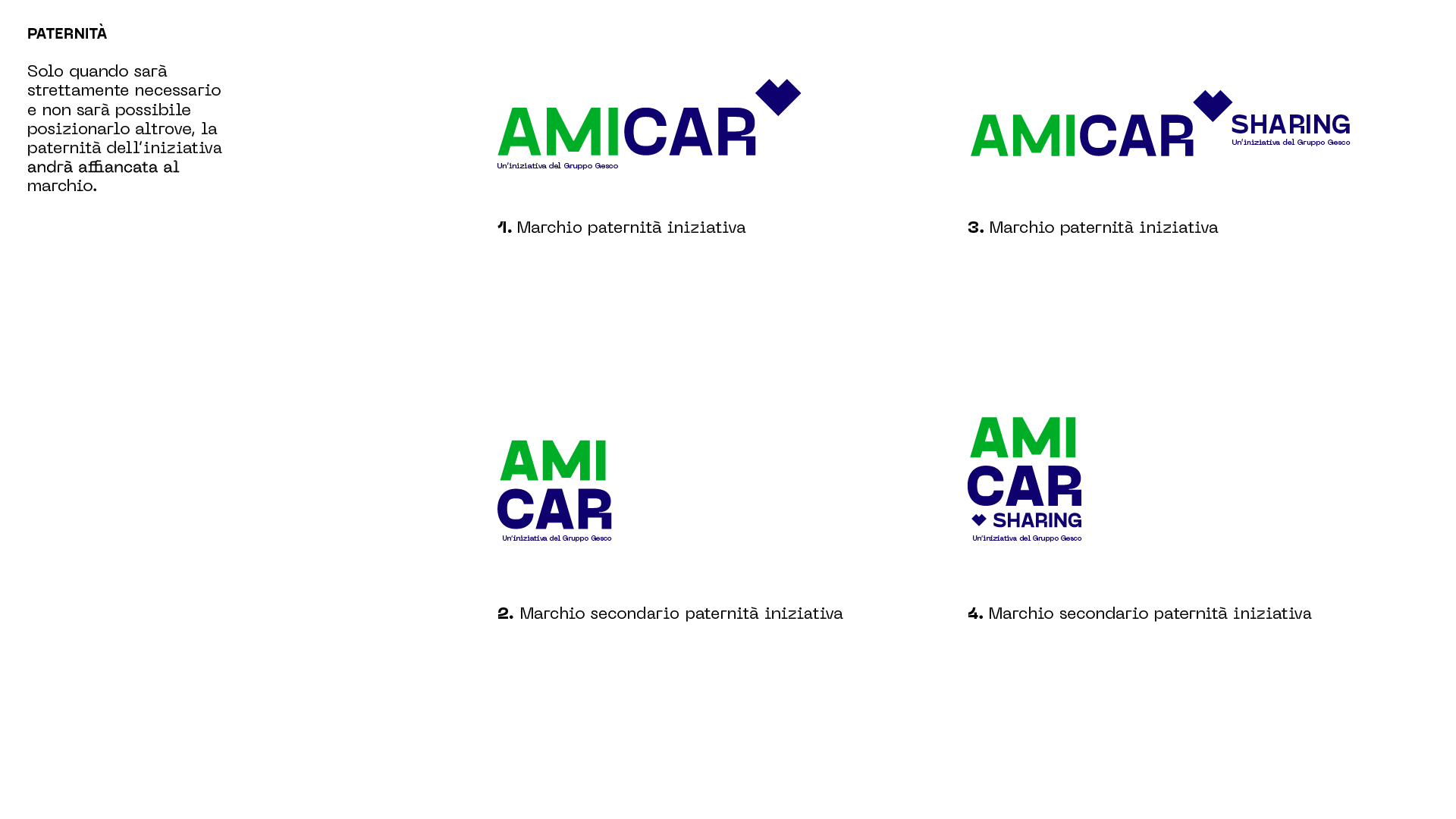 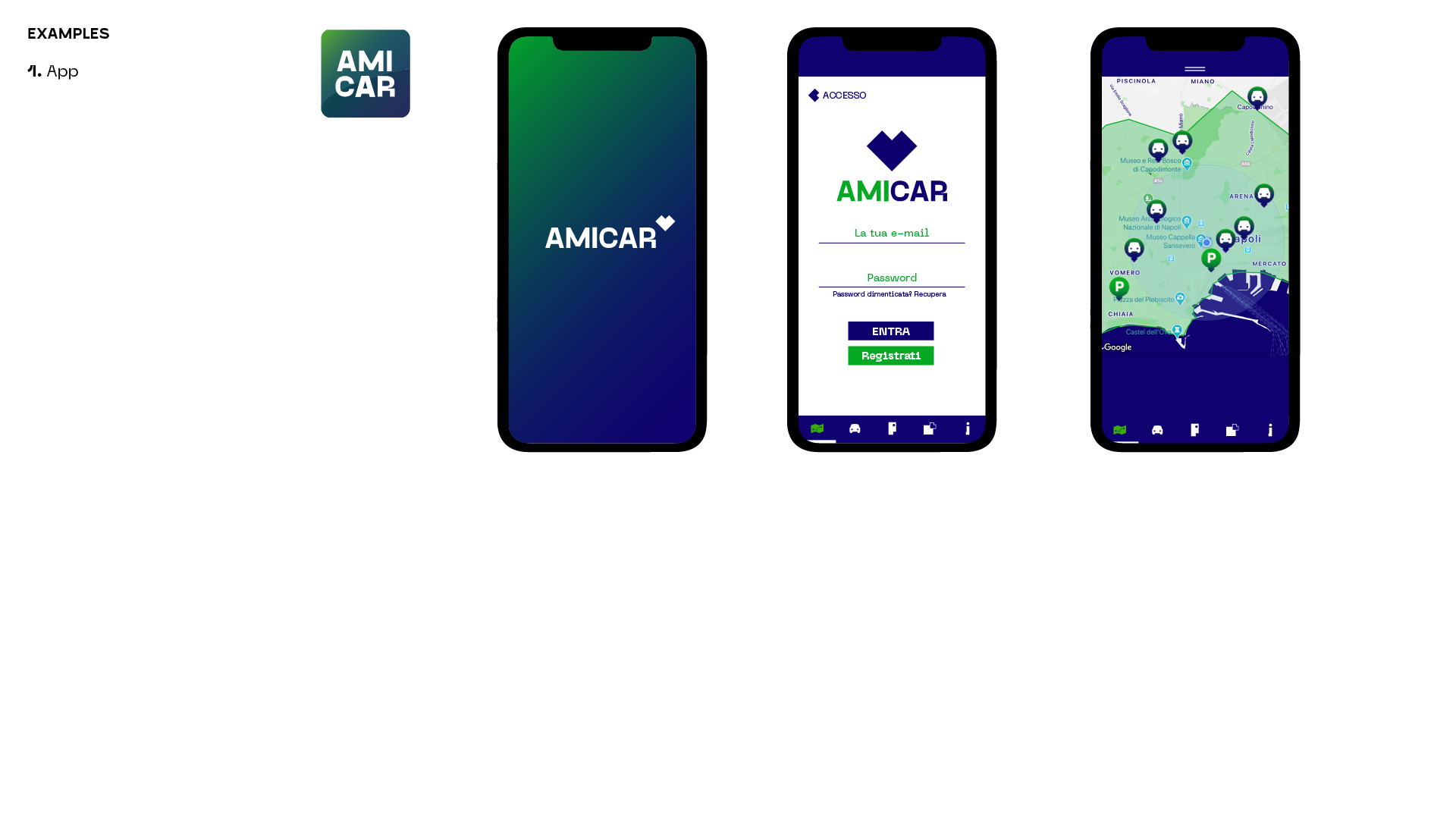 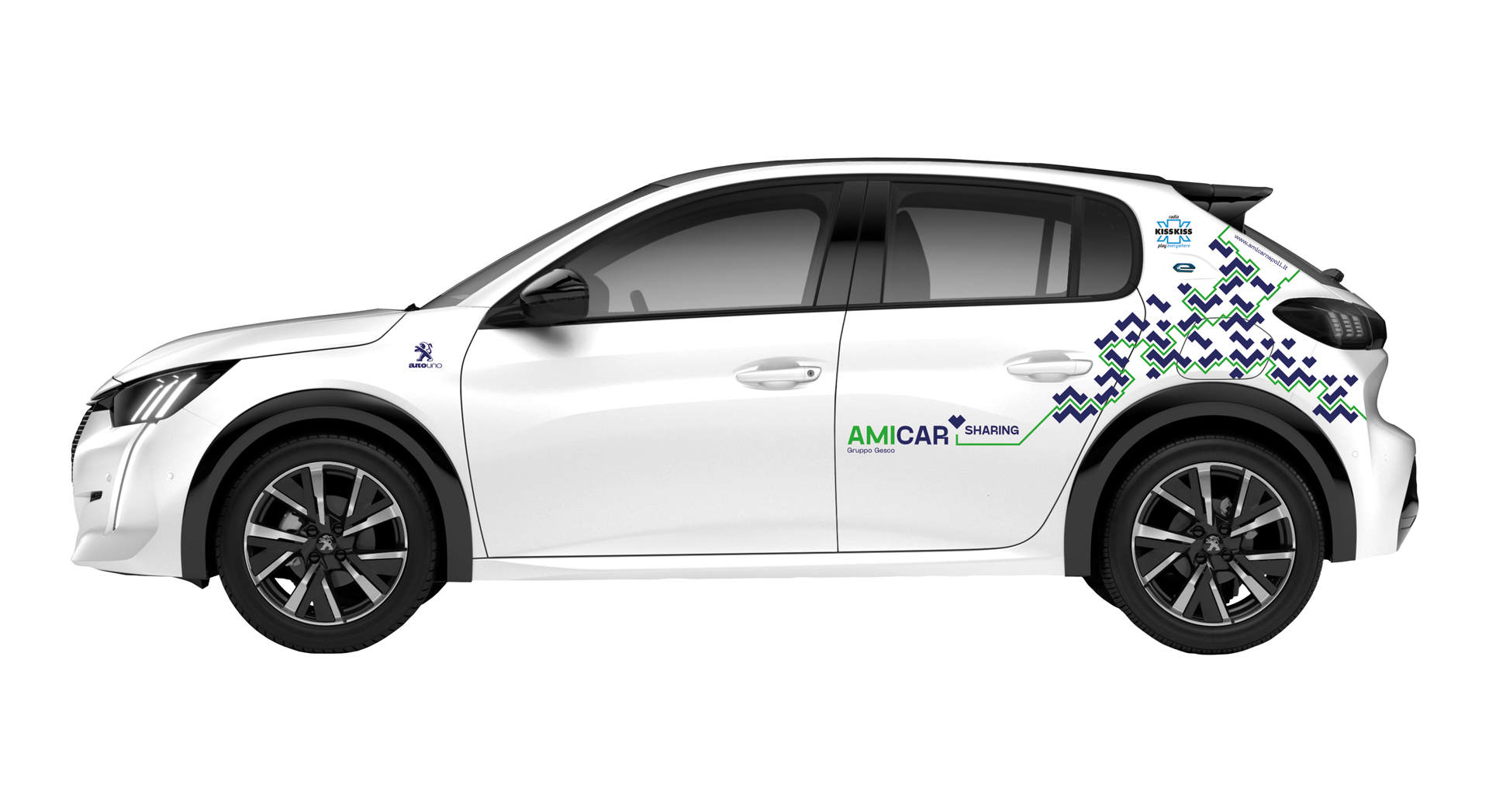 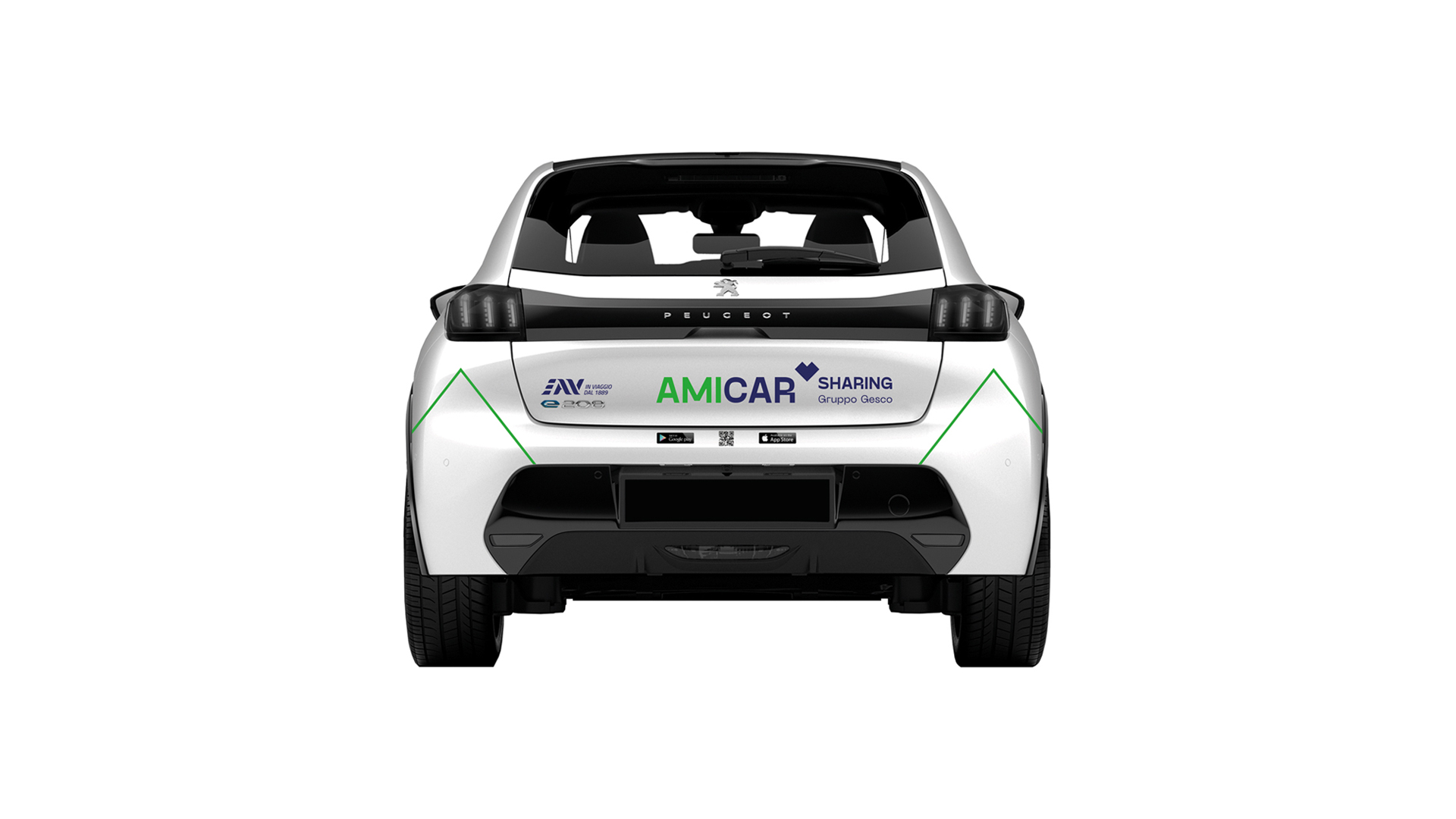 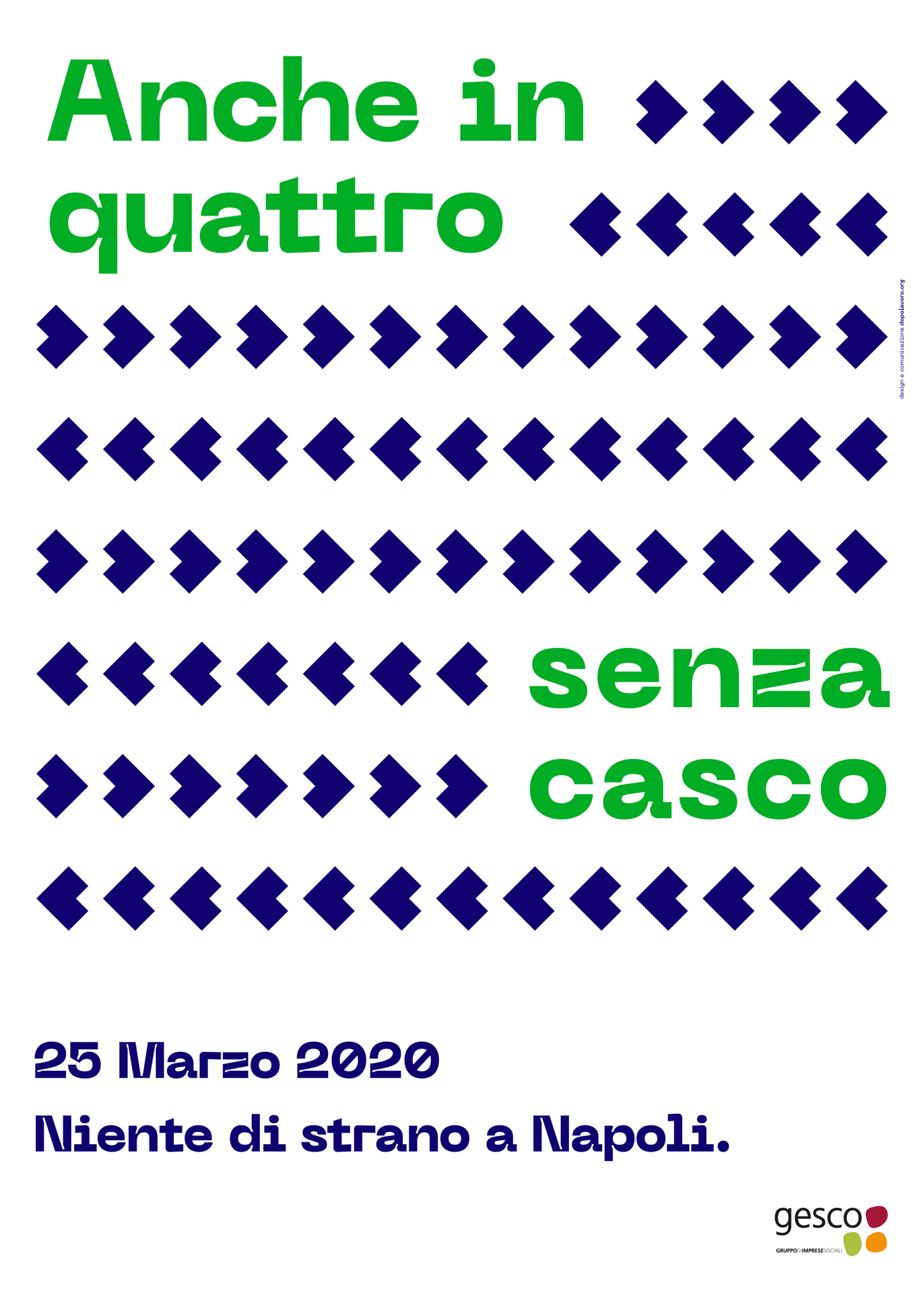 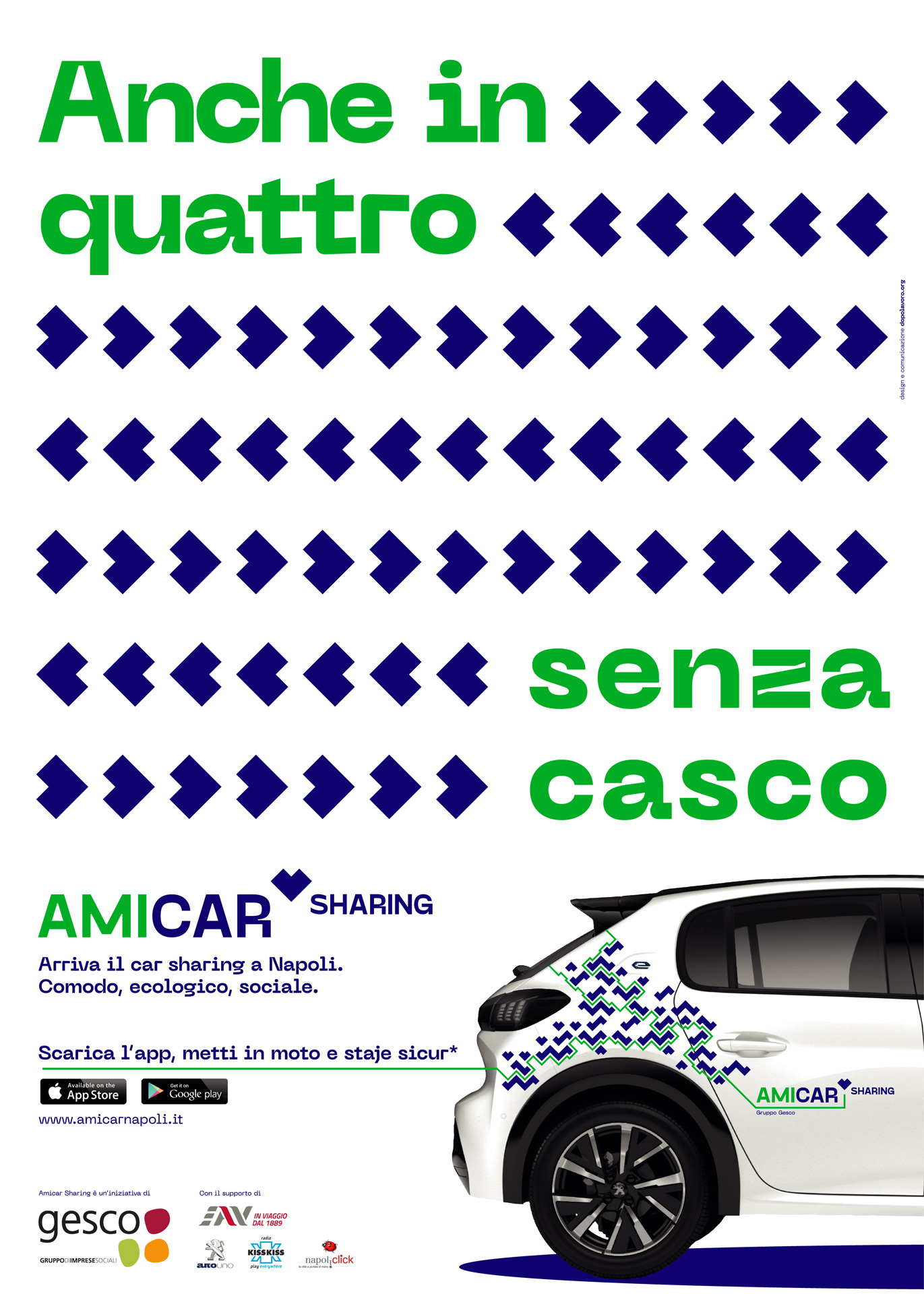 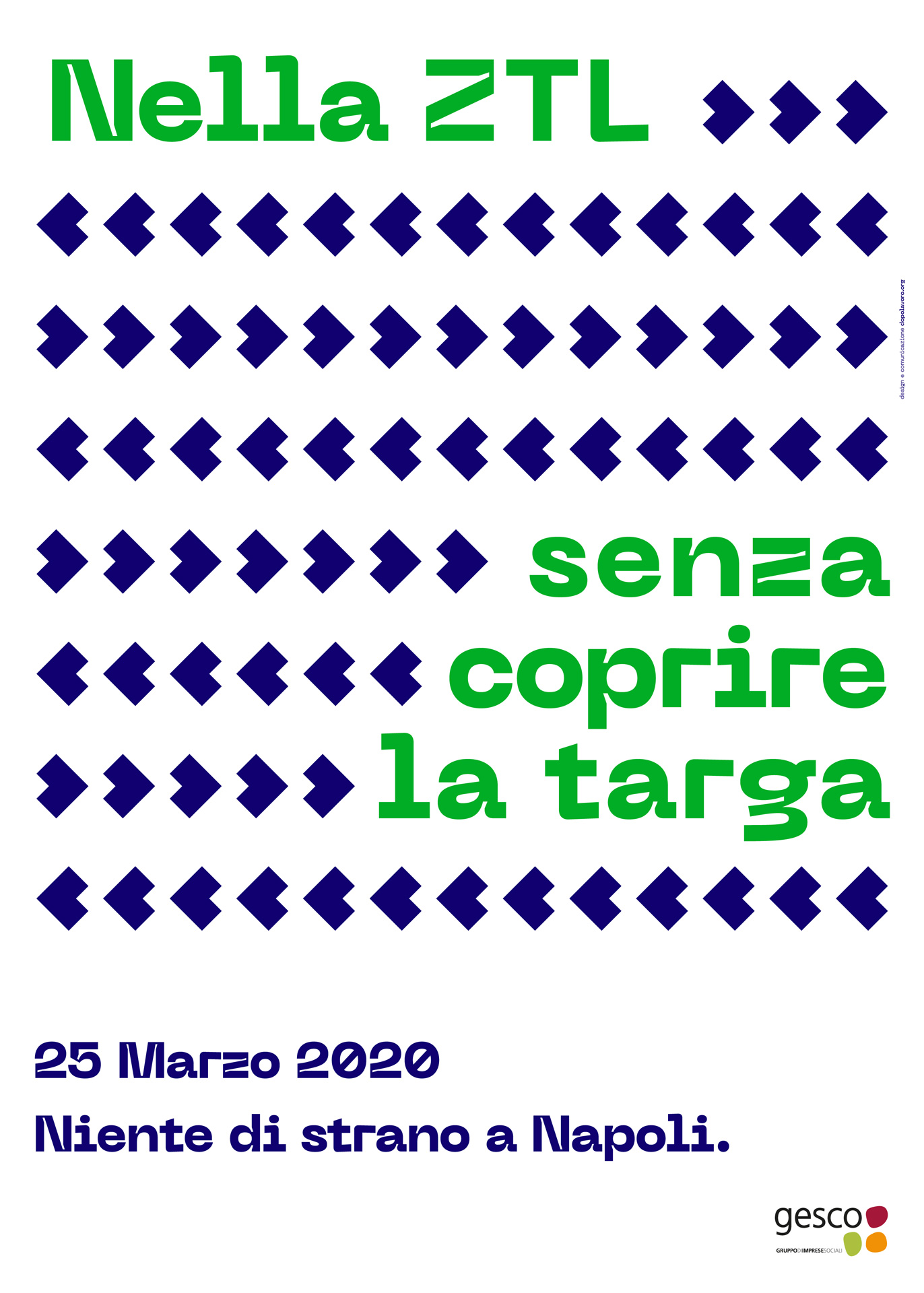 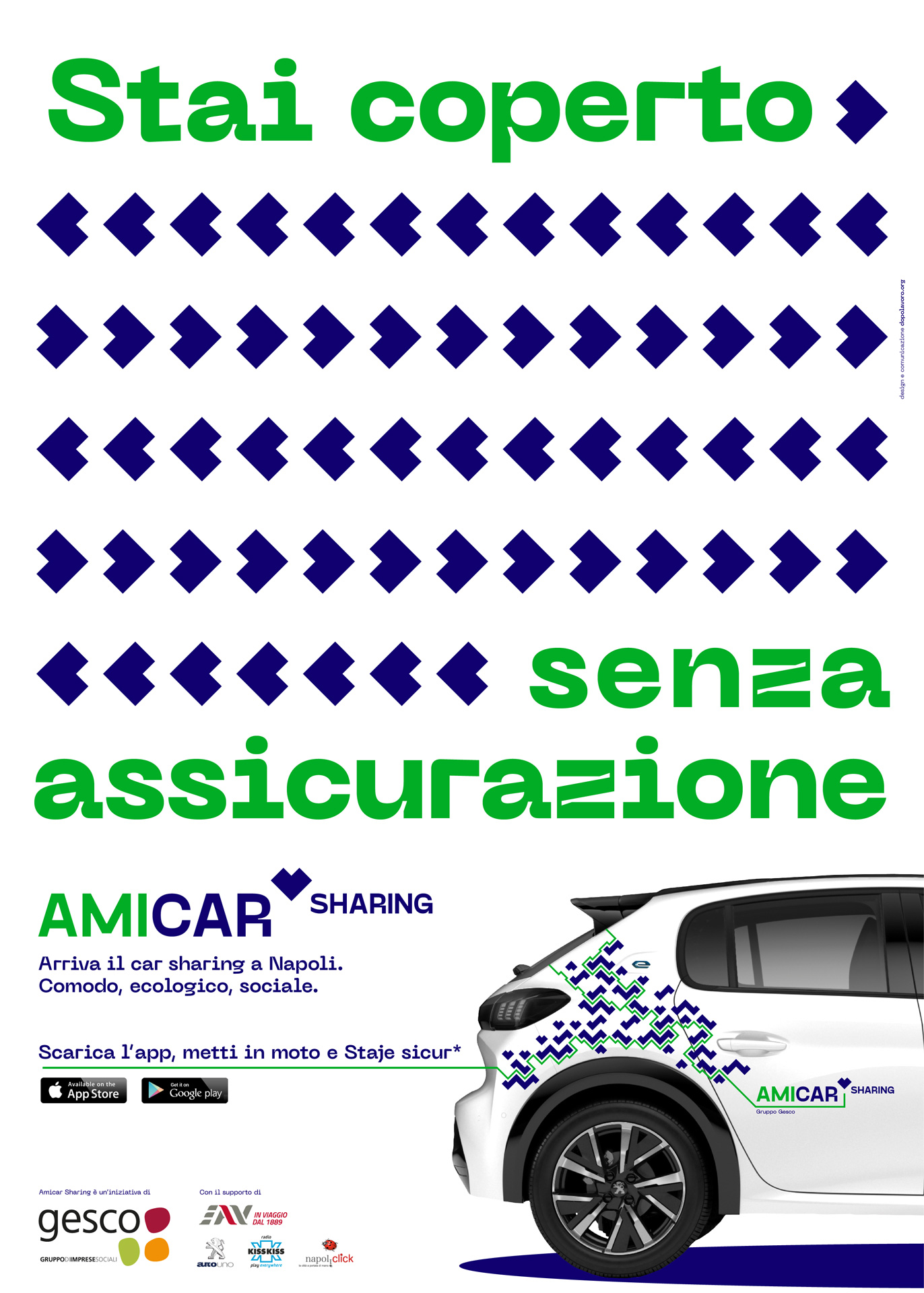 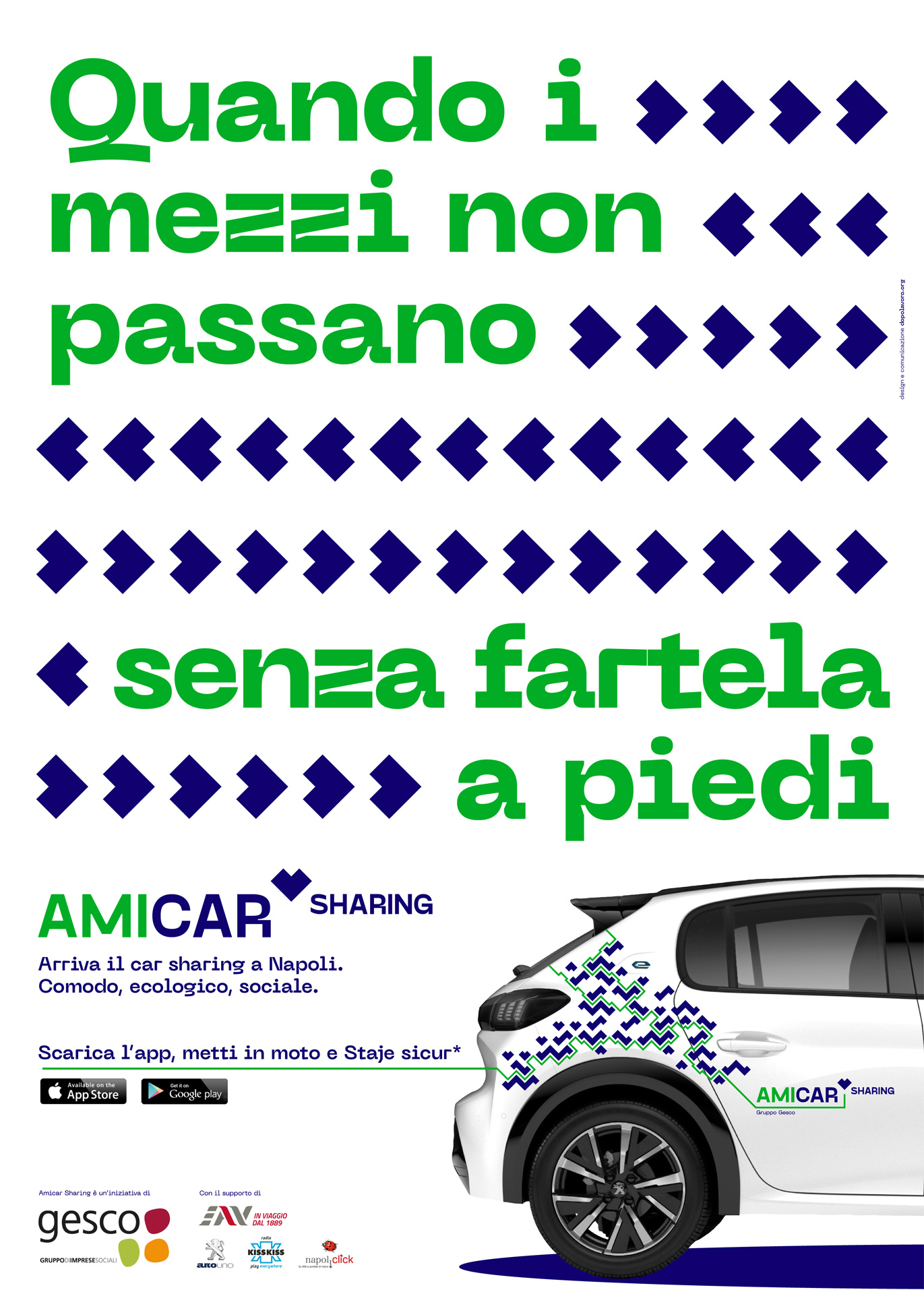 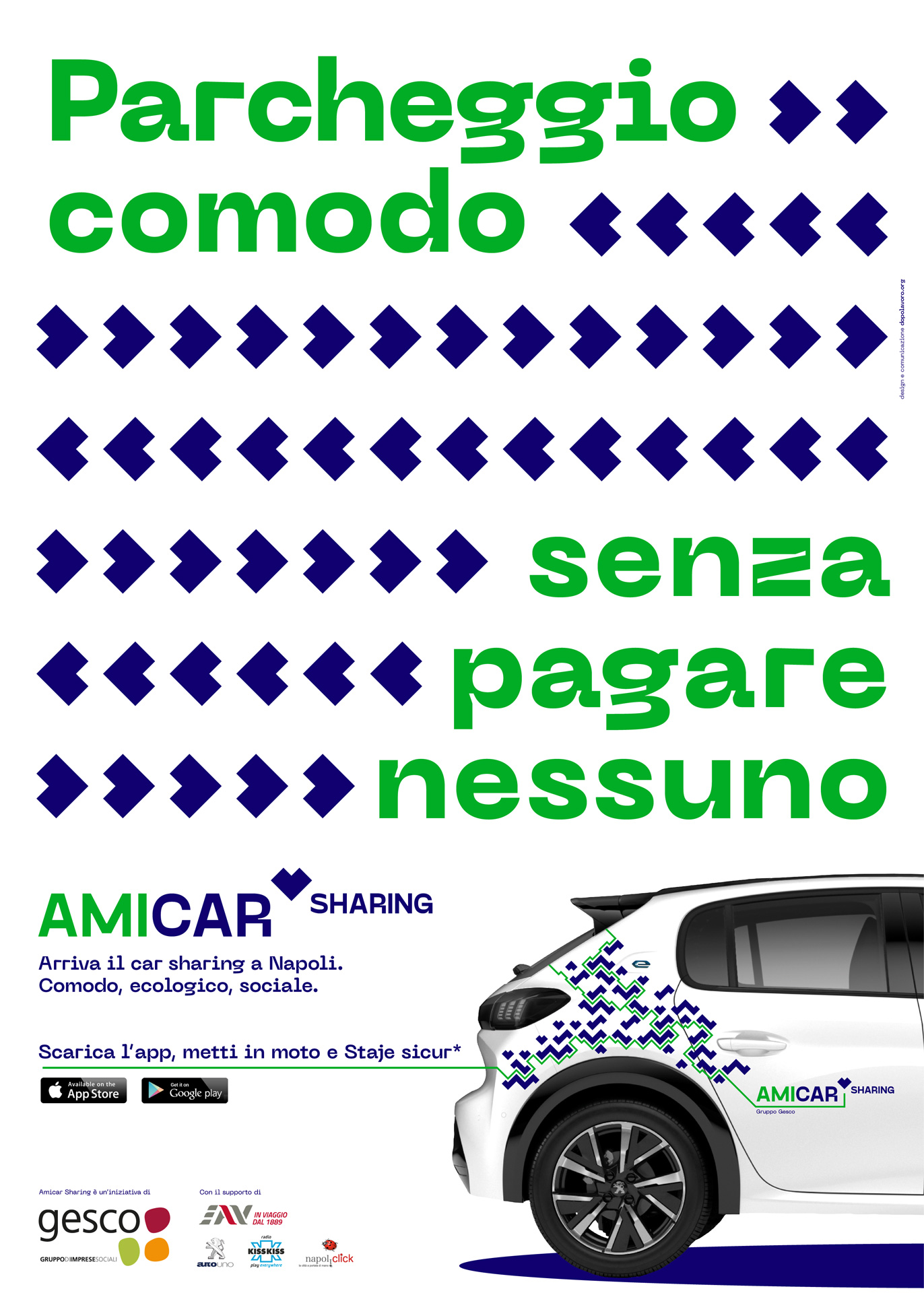 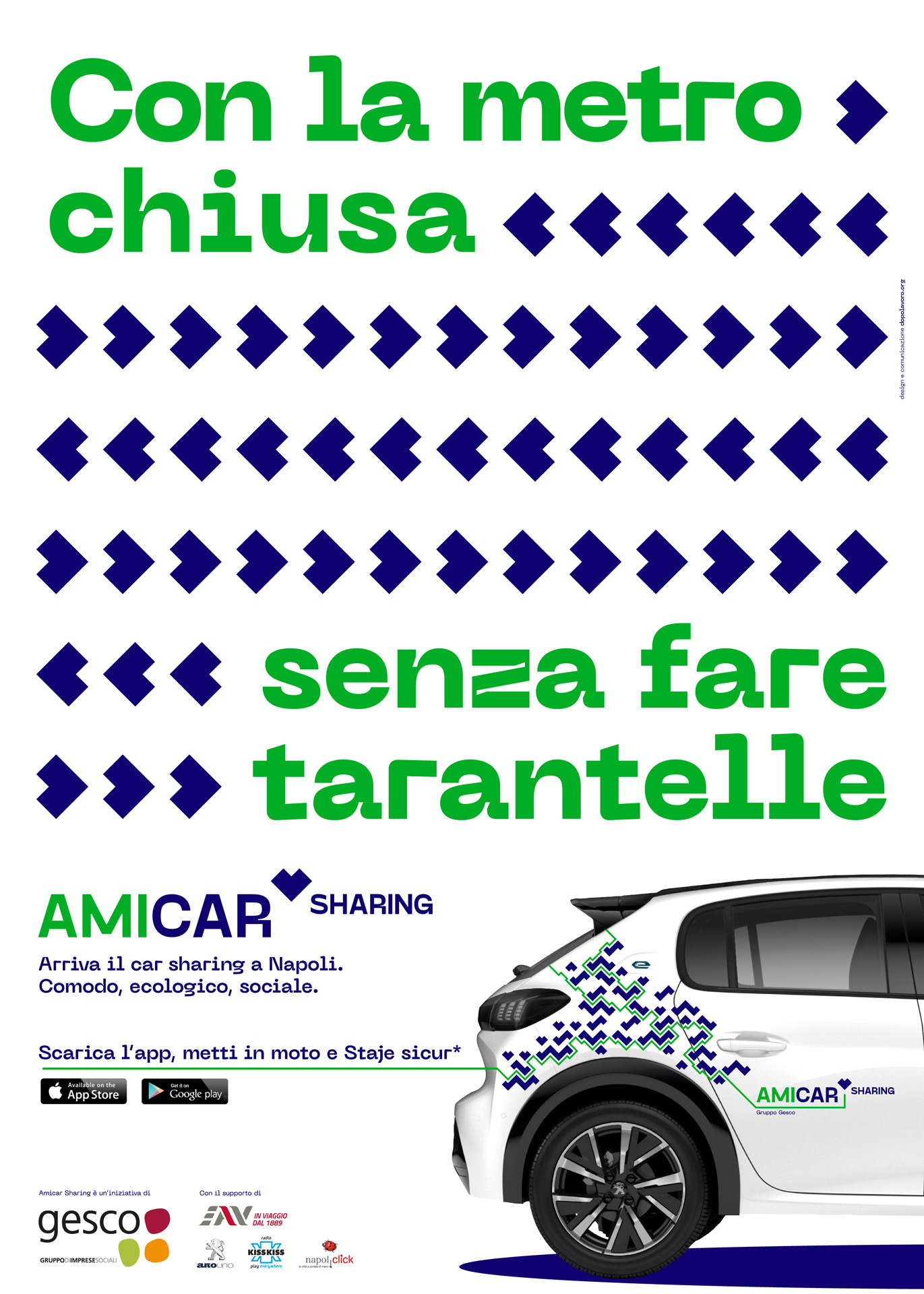 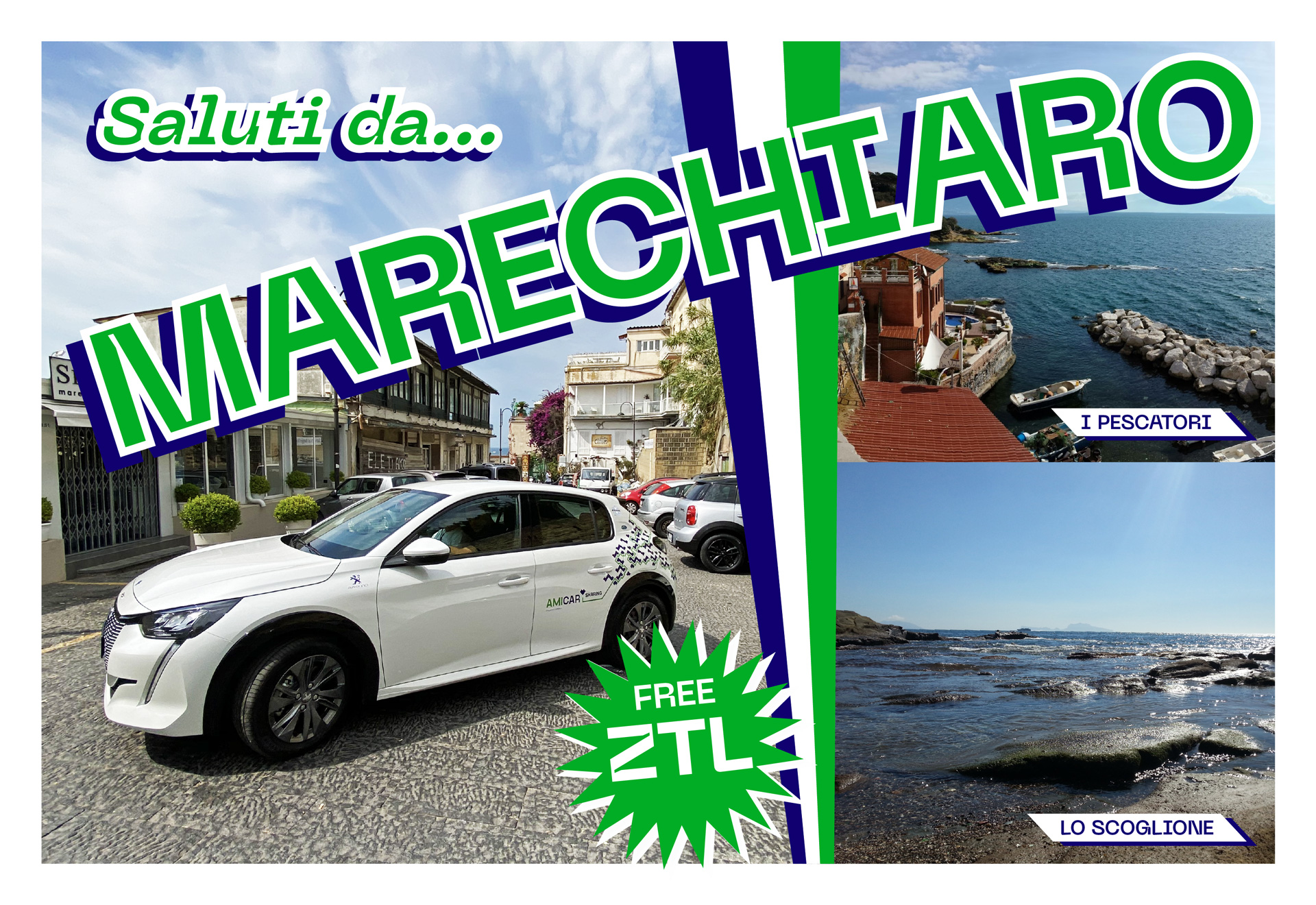 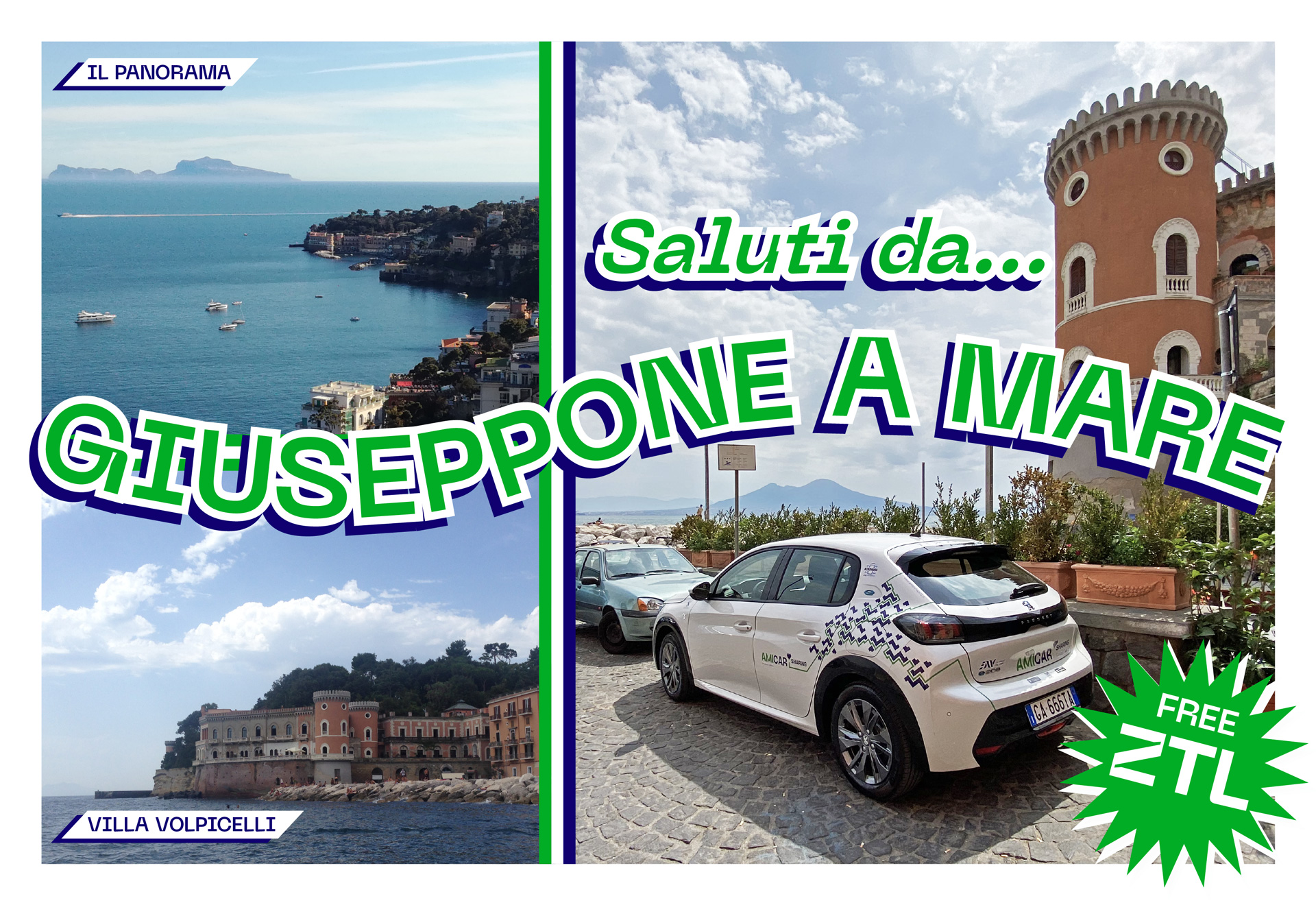 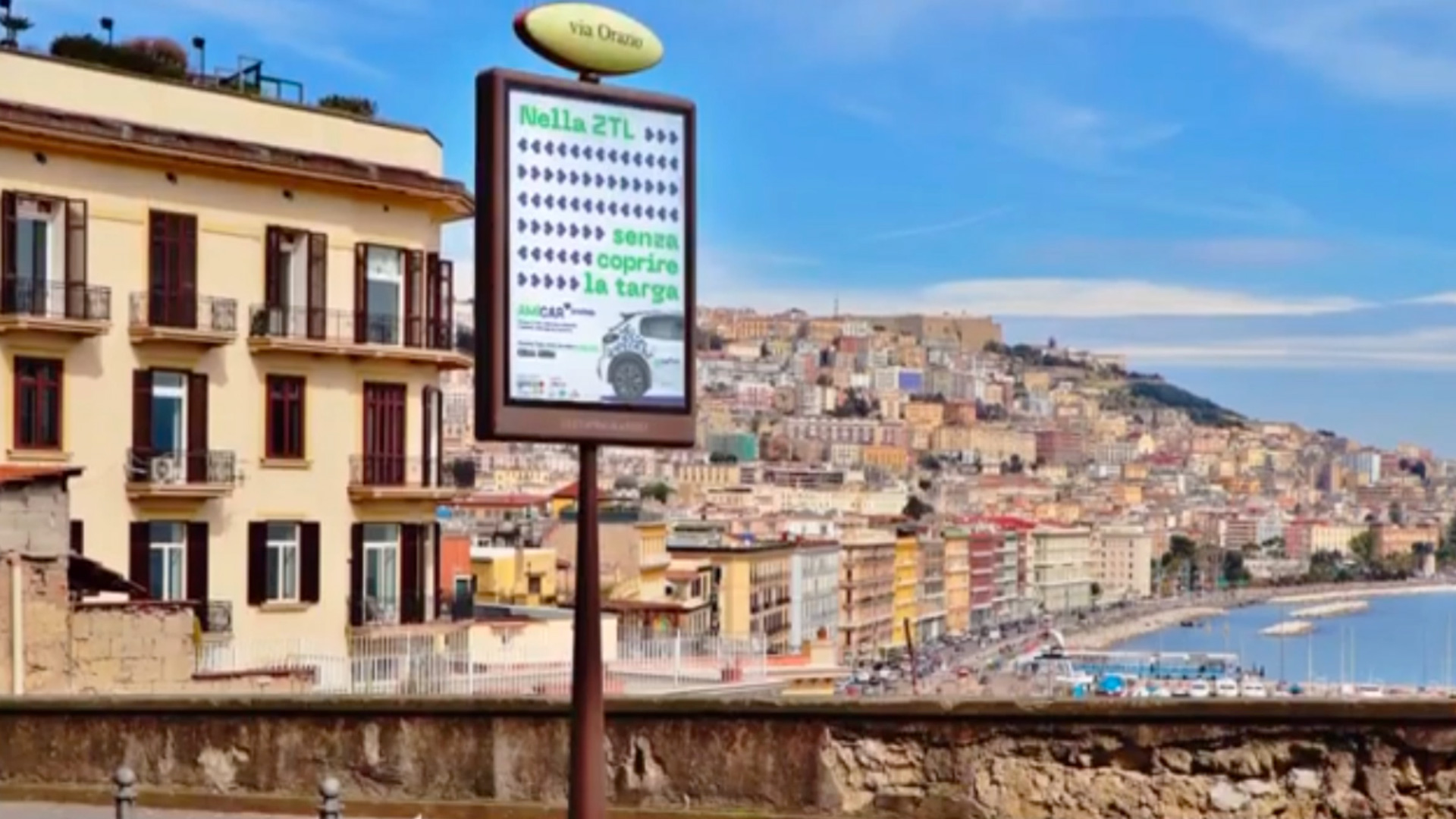 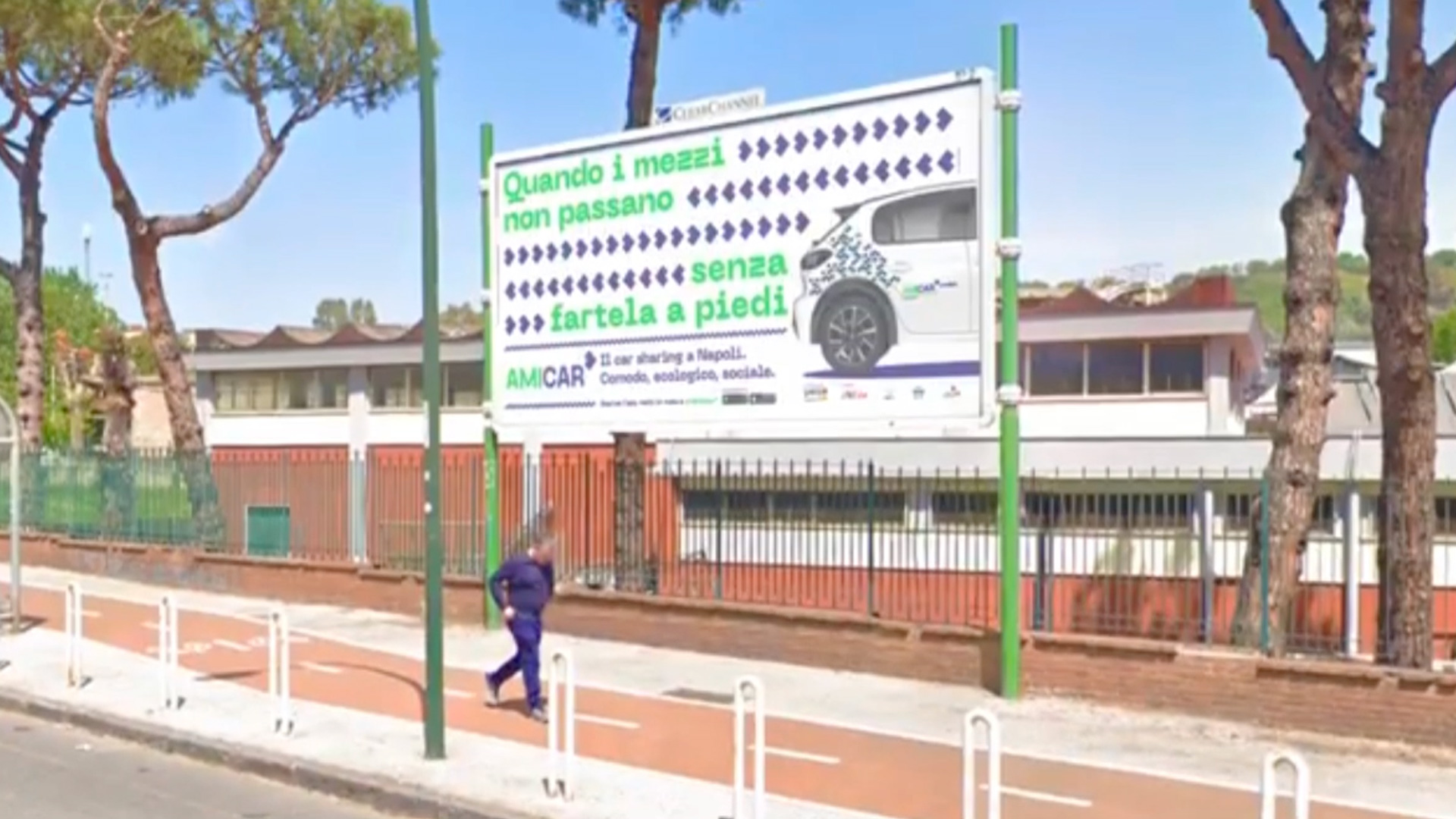 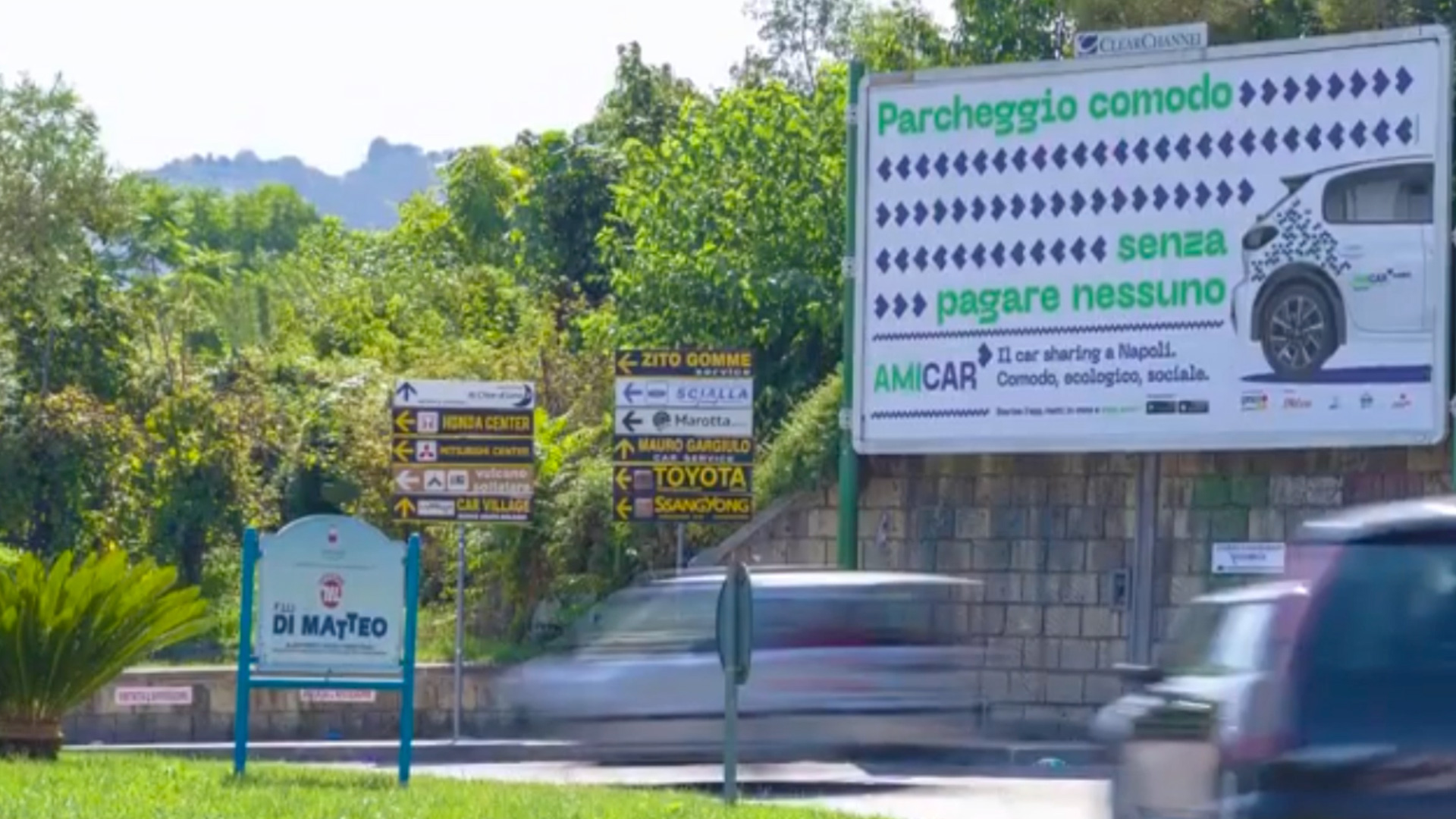 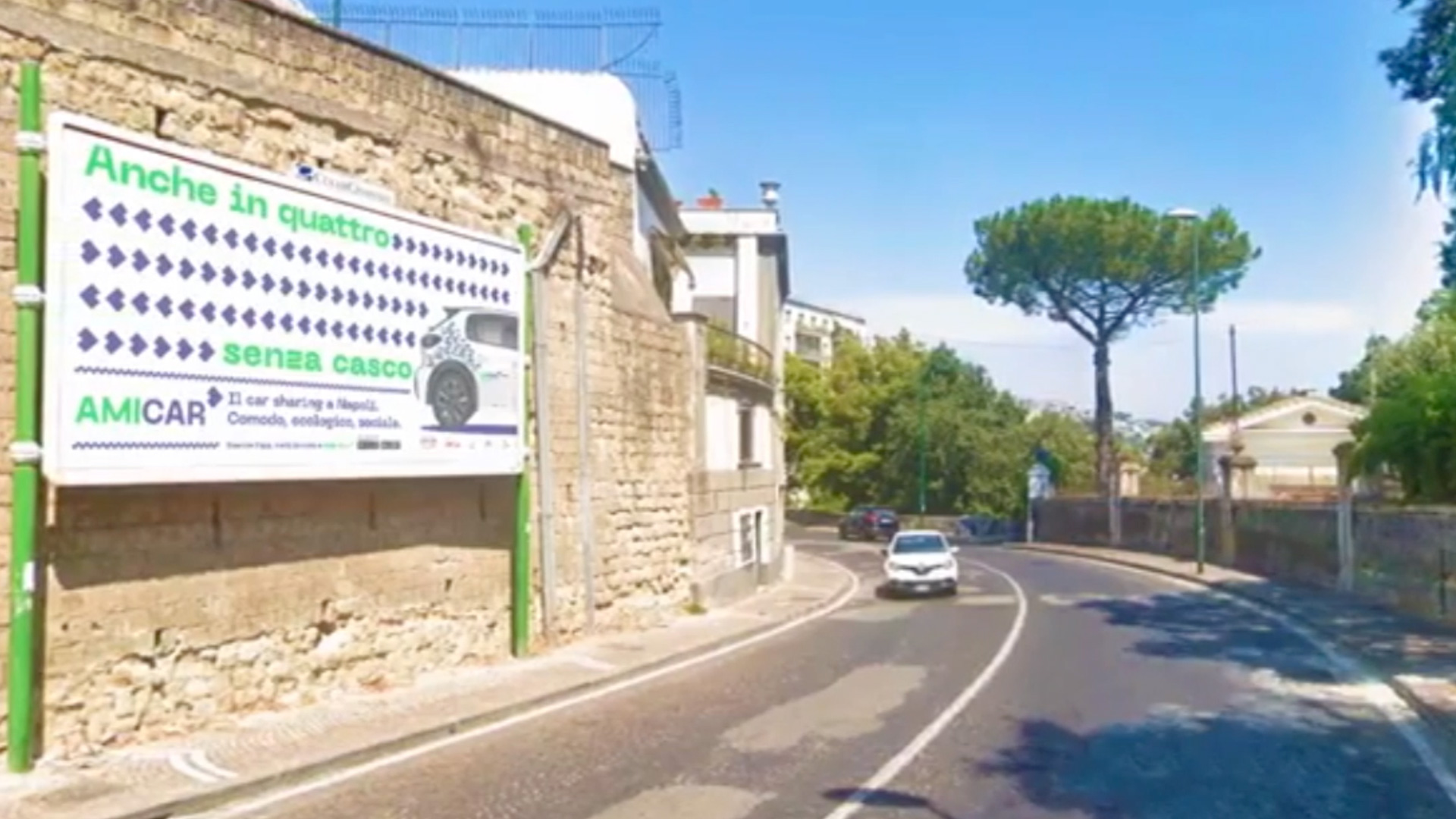