It all started when Cesare, co-founder of Dopolavoro, decided to leave for his holidays.
He just told us: “I am going to Amsterdam with my bike”, starting this travel from Napoli, southern Italy. Napoli is a great place, full of life and full of problems (like every other place on planet earth) with an extraordinary food culture.
What’s happened then?

In 2014 Napoli has been literally invaded by the opening of little shops offering take-away french fries. They were always propagandized as shops selling “real dutch potatoes”. In our food culture potatoes are clearly present and there are terrific recipes like “pasta e patate” (no translation needed) and “stocco con le patate” (basically codfish + potatoes, cooked in many variants). So, generally, there is not such a tradition of french fries here. These little shops were really everywhere, there were places where you could count about a dozen of them in just 1Km. This were quite astonishing, considering the bed smell coming from these places all around the street and the bad quality palm oil often used to fry those potatoes. Bookshops (but even banks!!) were closing and werere replaced by these chips stores.

By the way, we were just fascinated by the travel Cesare was going to do and together we decided to follow it in this way, we found it was quite a nice way to let him feel our friendship and to reason on what was happening with all these french fries going around. We thought: why do not “export” something that is fundamental in our food culture? We thought about friarielli, a green leaves vegetable which is fried with garlic and a pair of spoons of extra-virgin olive oil (believe us, they are really tasty, you’ll feel in heaven). This vegetable is characteristic of Napoli, you won’t find them probably outside our city. Cesare left Napoli for his holiday with a number of seeds of this vegetable.

That’s quite a long story made short. We were aware of the fact that Nederland is probably the world biggest producer of high quality potatoes. We become aware of the fact that probably all the potatoes in chips stores were are not coming from Nederland: seeds were coming from there but the final product was grown here in place. For us were not so different from fast food suddenly breaking into our food culture. With a slight difference: we were not talking about two or three shops, like in the case of some big fast food companies. It was about 30 shops and we knew that other 30 are coming soon.

We were (and we are) convinced that in a city like Napoli, which can be criticized for so many things but the street food, this is a real shame.

Thinking global but acting local, the facebook page of this cause has multiplicated the likes and the supporters of Cesare during his trip. In the meantime, we had a lot of fun in making graphics for the public was following the trip and studying the social media dynamics. 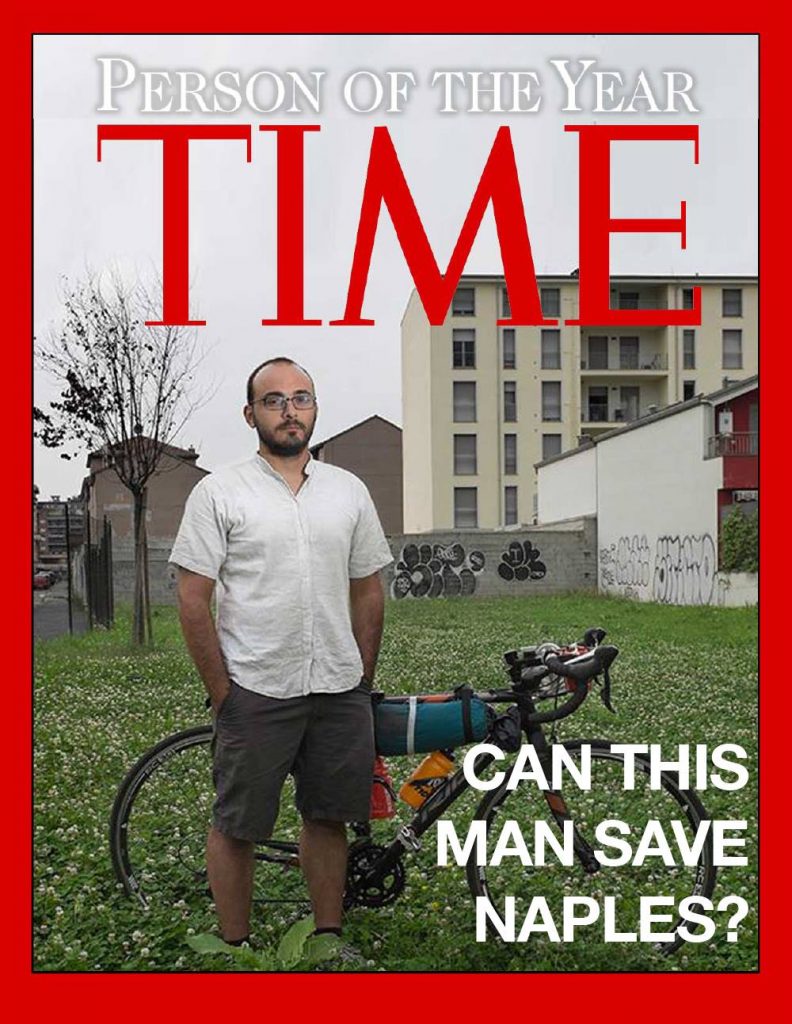