In many quarters of Naples the collection of the spruces for the bonfires of Saint Anthony is a tradition, a ritual, an adventurous game that the kids pass down from generation to generation. For those who look at it from the outside, it may just appear as a sequence of acts of vandalisms and yelling till night, that ends with a dangerous fire, too close to the buildings.

Cyop & Kaf usually paints, and occasionally stumbles upon writing,
city planning, and photography. When a video camera ended up in his hands for the first time,
he had been working with Naples’ Spanish Quarters for three years.
The fruits of his labor became first a book, QS, and then a documentary film, Il segreto,
which try to convey the complexity of a neighborhood corroded by prejudices.
To look inside and beyond the frequently brutal appearance of things. 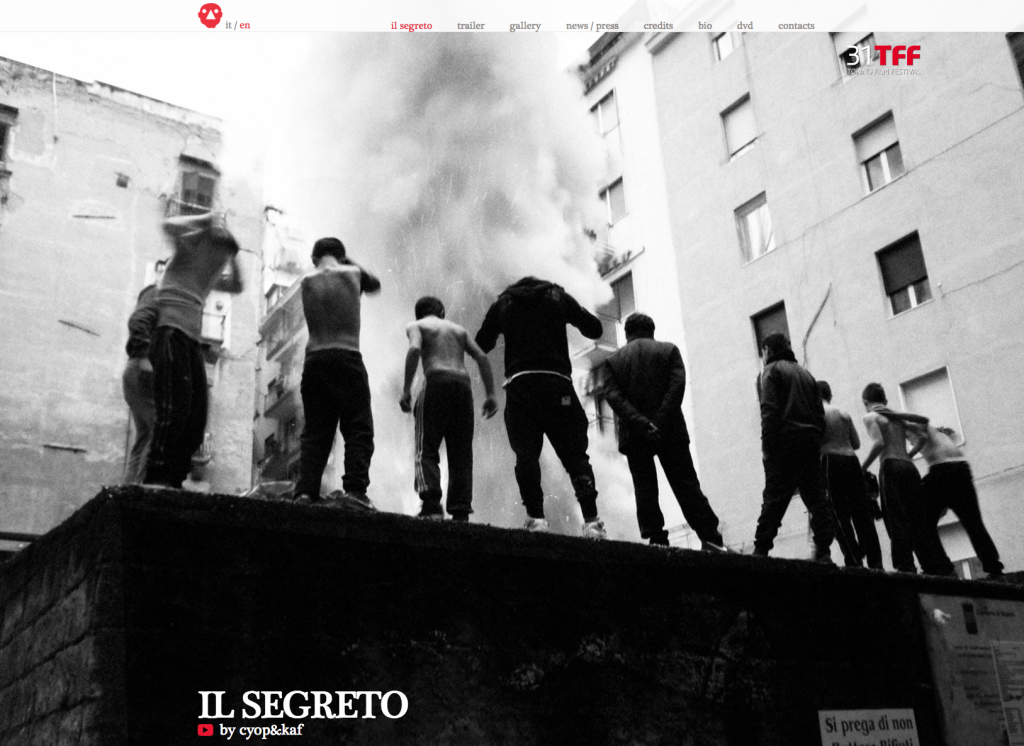 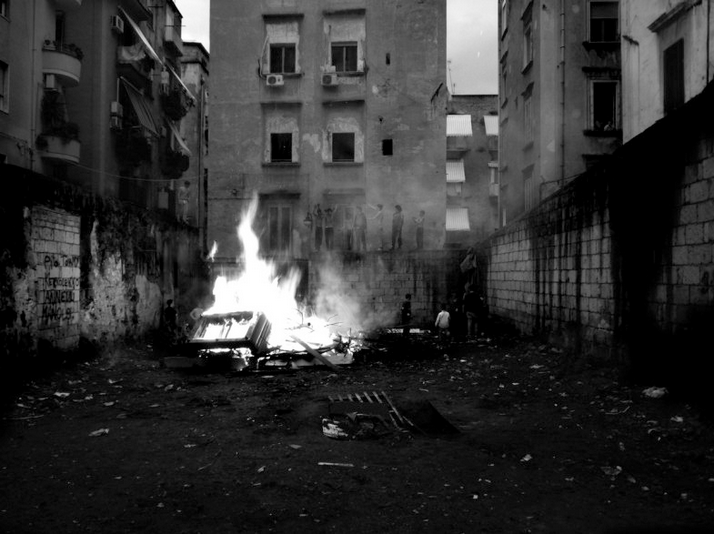