“Now I will tell how Octavia, the spider-web city, is made. […] This is the foundation of the city: a net which serves as passage and as support. All the rest, instead of rising up, is hung below […] the life of Octavia’s inhabitants is less uncertain than in other cities.”

We are certain that projects, ideas and interactions among citizens, belongs to the city, as well as its streets and buildings do.
That’s why we far-back work on the creation of digital webs that support the community, both in everyday life and on development – and in its own realization – of new urban sets. Some of these digital platforms for local development has taken place in two Naples’ areas: progettopiazzamercato.net and progettoscampia.net.

Ottavia.net is the evolution of these two projects. The aim is to involve in the choices the whole reference community, that entail the transformation of its own territory: 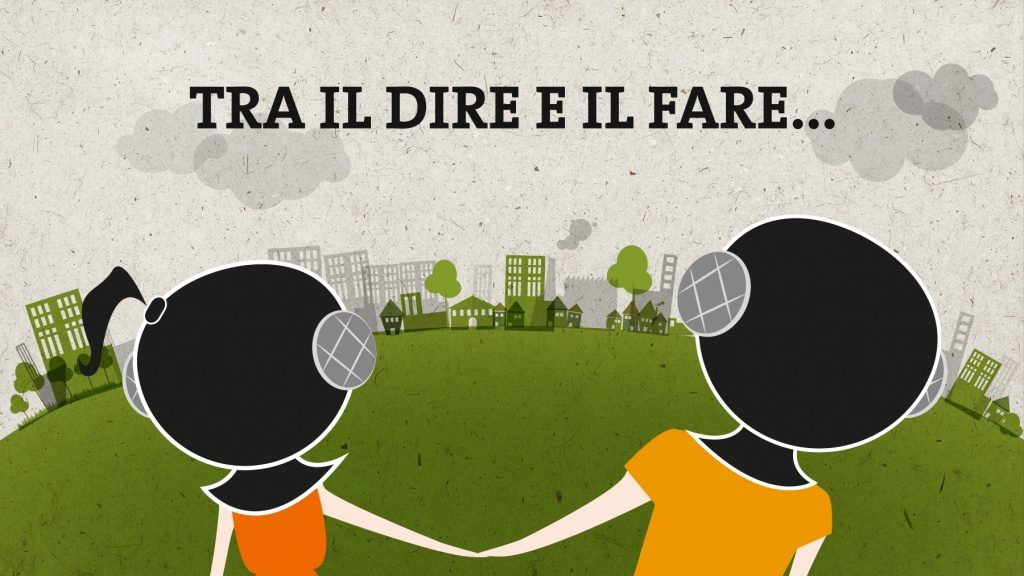 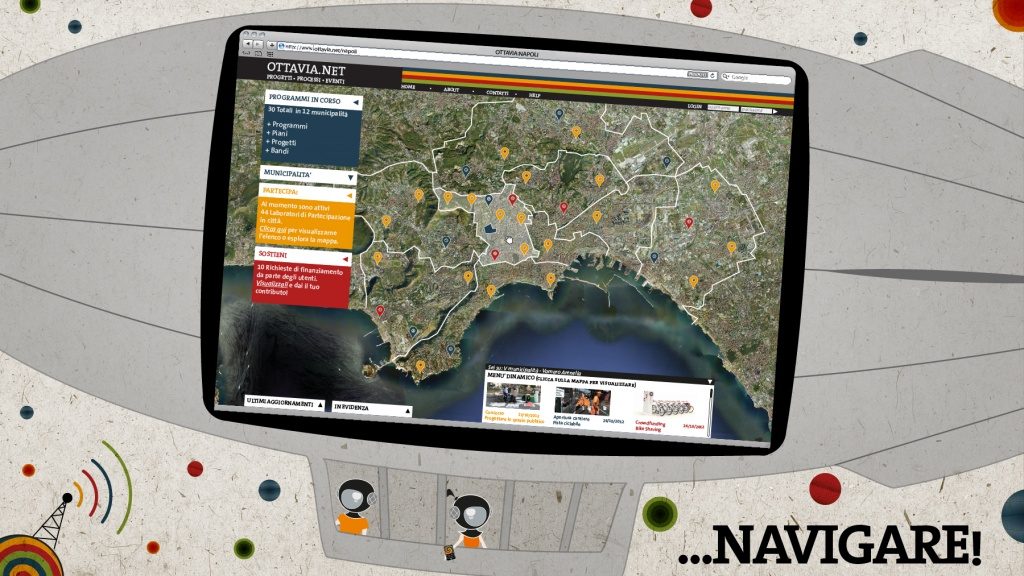 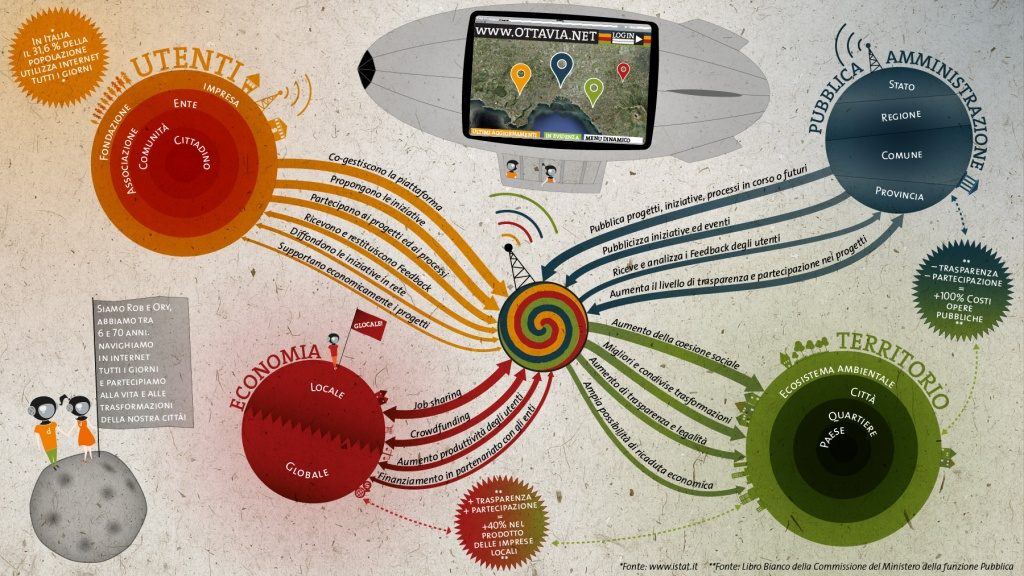 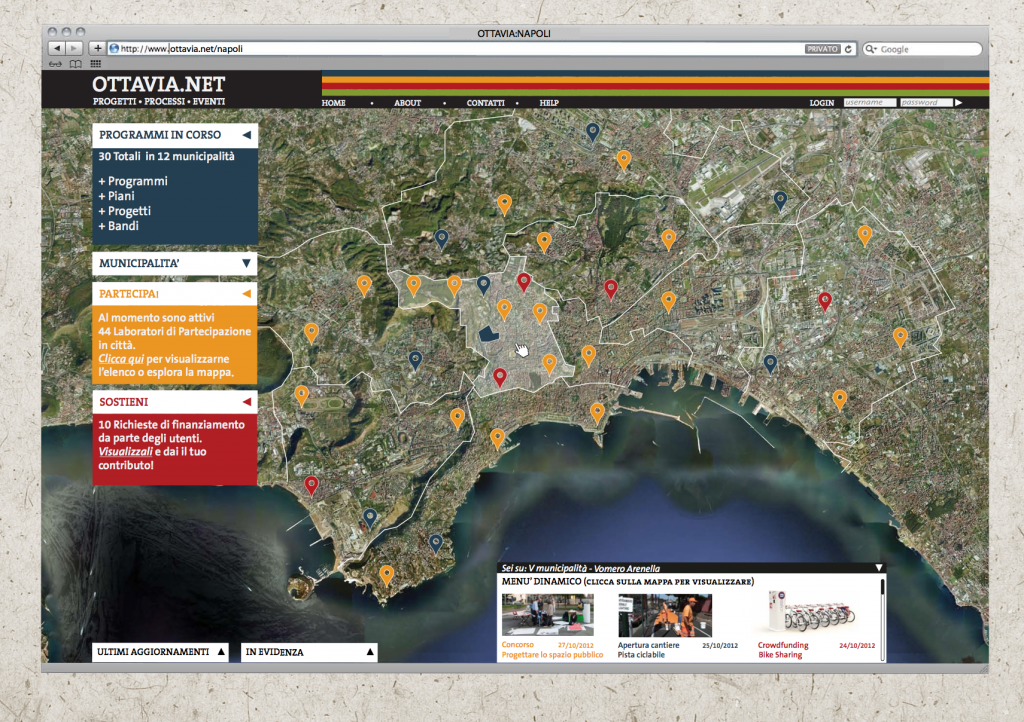 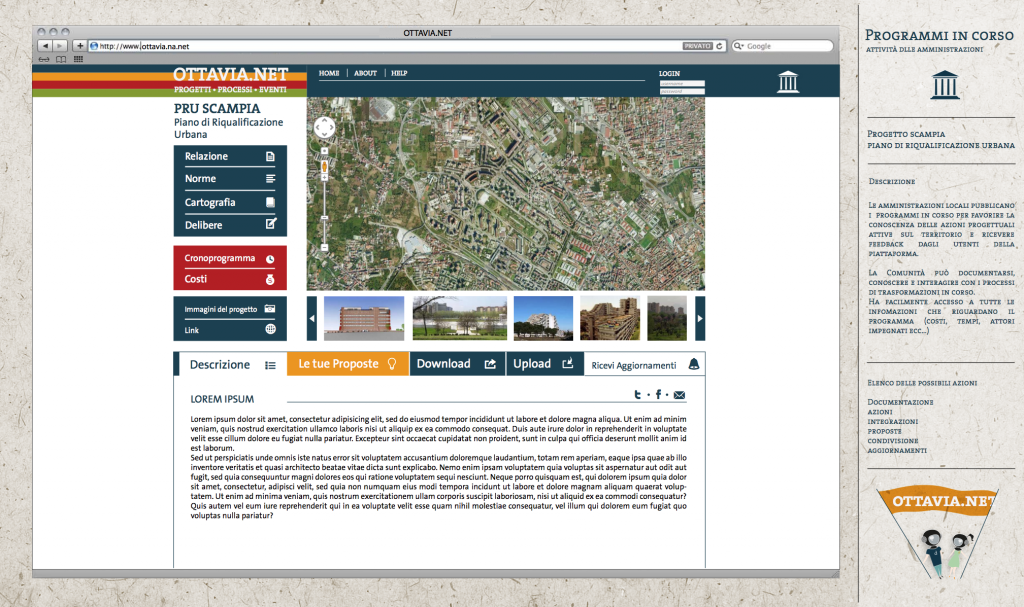 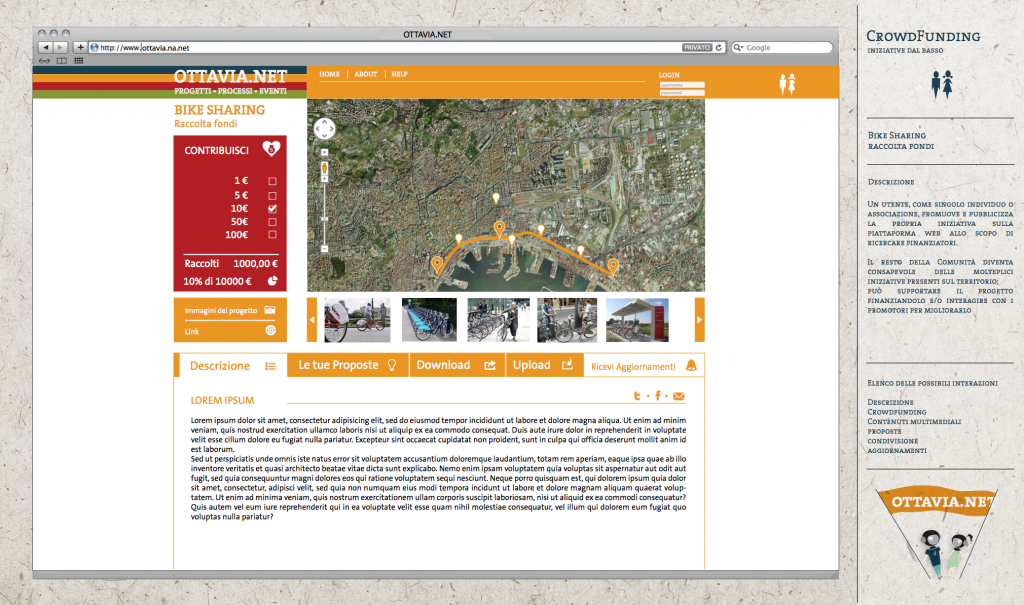 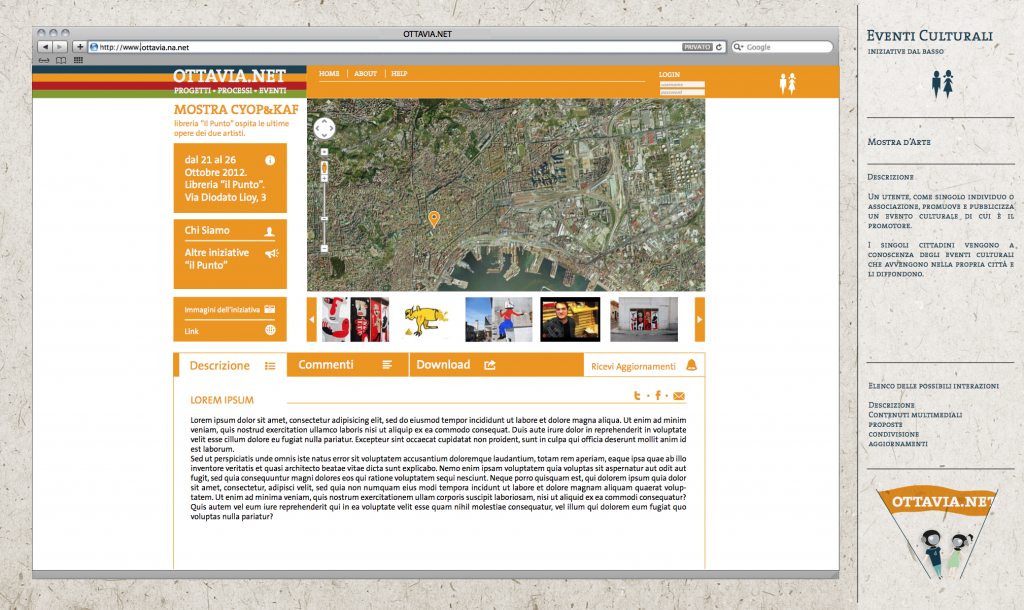 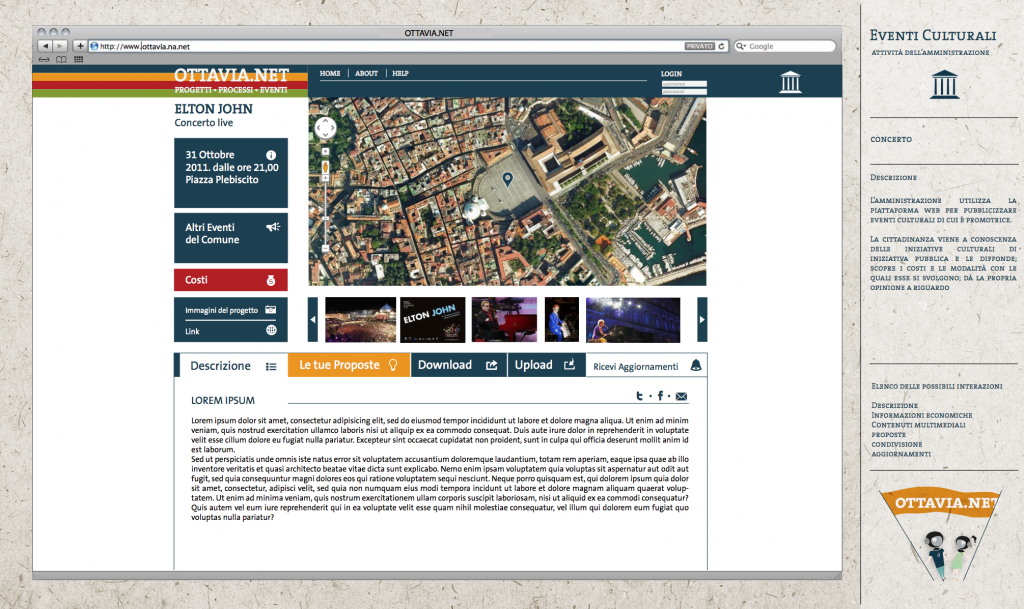