In “Causes and Reasons of Desert Islands”, Deleuze talks aboutcontinental islands recalling definition of geographers on derived or accidental islands, which arise from a fracture of the mainland, an erosion that has taken them away living through the sinking, a detachment, labelling itself as different and foreign body.

“The impulse that drives the man to desert islands recalls the double movement which produces the island itself. Dreaming the islands, no matter whether with anguish or joy, it means dreaming of separating, of being already separated, far from continents, of being alone and lost, or rather starting again and recreating. There are derived islands, but island is even that to which it’s drifting, and there are original islands but island is also origin, the radical and absolute origin.”

The separation must be complete and total, “the ongoing struggle between land and water” must be over, to achieve a conclusive condition of quiet and definition of boundary. Among control stitches and its boundaries, observable in our cities, we see growing spaces able to slip it away, real desert islands for new men, for a new vision of urban freedom, no-regulation and suspension of control. We strongly believe that this is the landscape in which a huge change is possible. The project focuses on the study of the opportunities given by these territories, by choosing some existing case studies. The first one is Ibiza, an icon, looking for the original permissive and emancipatory spirit, that over the years has made it an island, a shelter of diversity, which today feels threatened.

During BLOOP 4th International Proactive Art Festival, from 20 July to 24 August 2014, Ibiza (Spain) our friend of Parasite 2.0 made a movable installation, The New Ibiza, an island for a single person by now running toward a New Ibiza, wanting to bring with him the original spirit. It moved by road and sea collecting stories and haveing base on exhibition space of Sa Punta D’Es Moli, where it hosted a visual catalogue of radical island in history.

So they asked to build an online archive of georeferenced stories, showing the struggle between the original radicalism of the island and the progressive exploitation of its spirit by an economic point of view, with a strong resulting distortion of its original characters. Structured like a completely open map without moderation or filter, the material was divided in Original Elements and Contemporary Threats and then structured into three categories: Video, Images and Documents.

The design of the digital map, based on Openstreetmap layers and cartoCSS, was inspired by Atlas of Remote Islands: Fifty Islands I Have Never Set Foot on and Never Will, a beautiful book by Judith Schalansky.

Radicalislands.org is no longer available for navigation. One day, maybe, who knows… 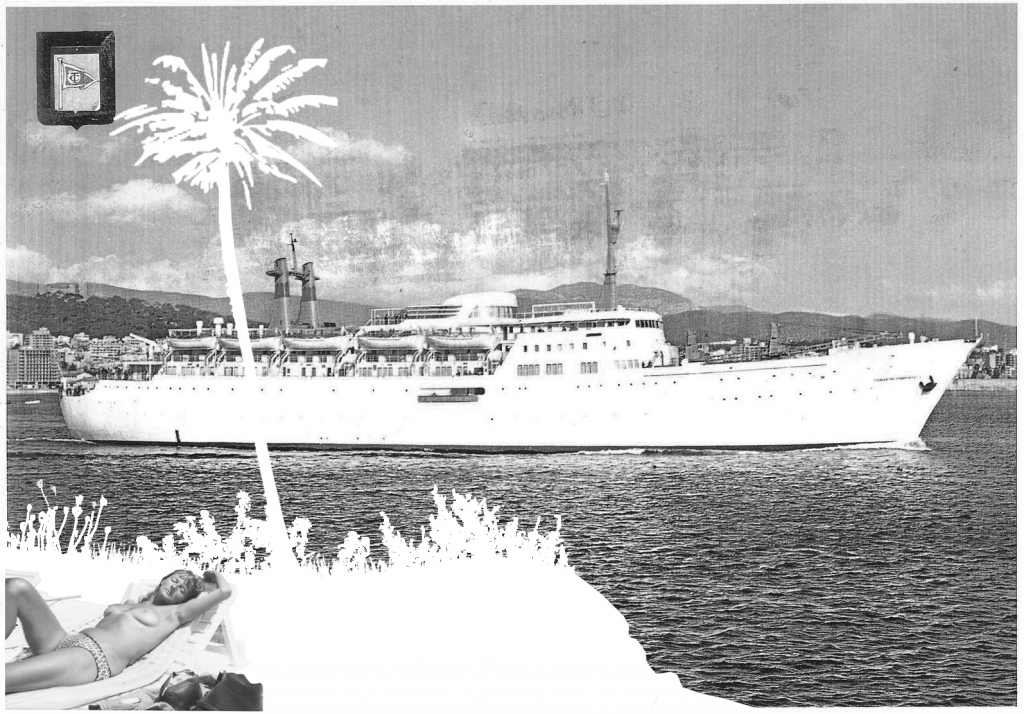 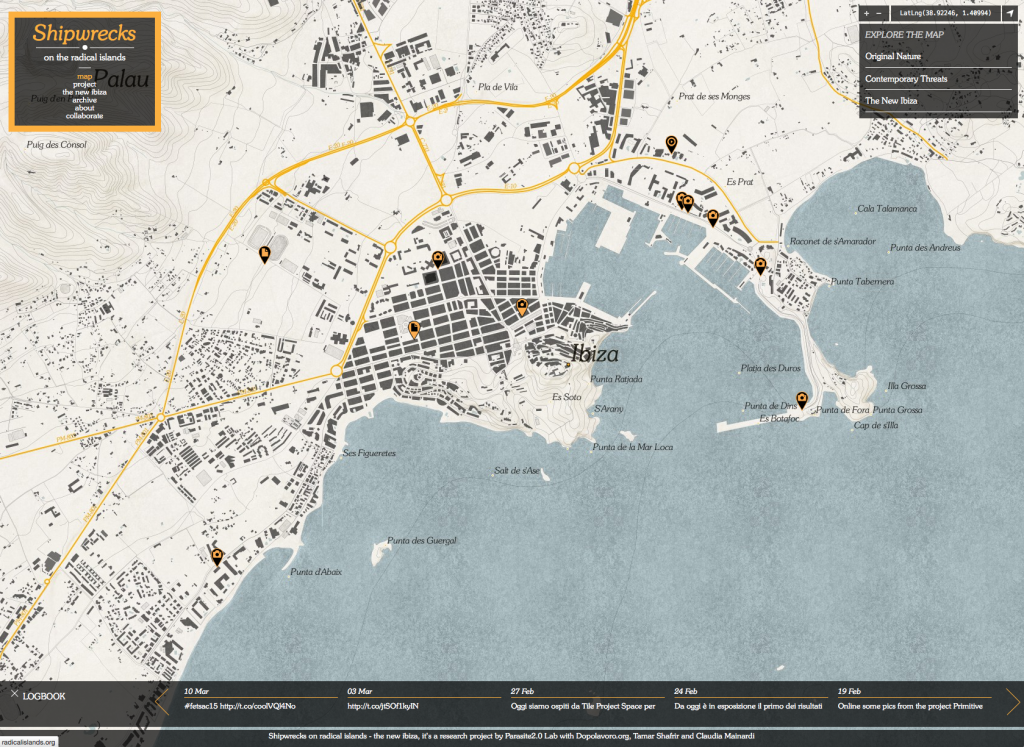 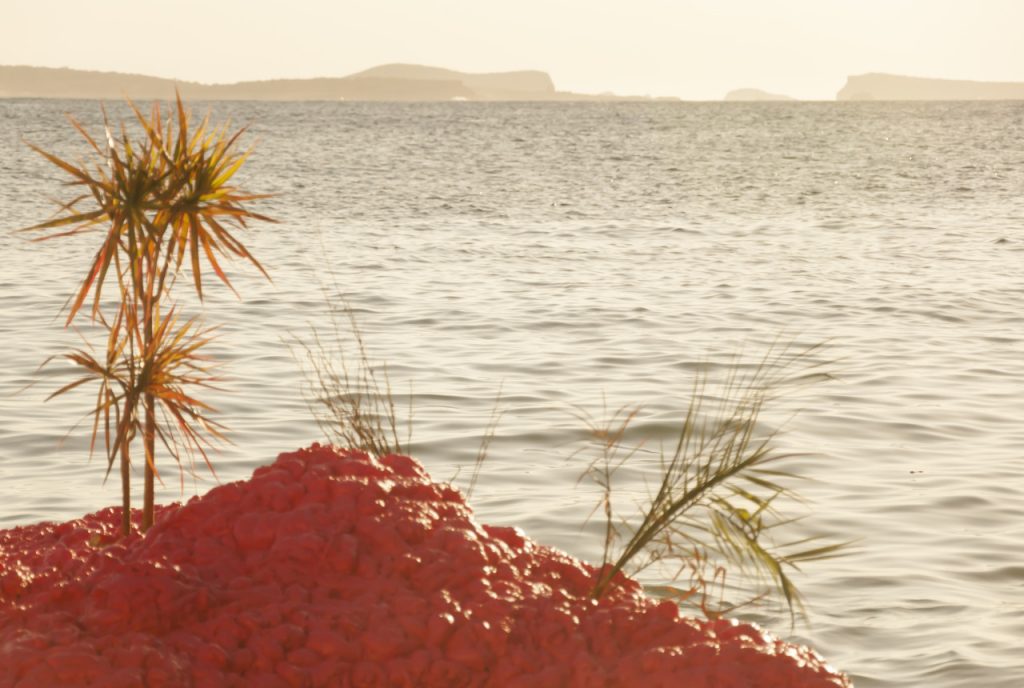 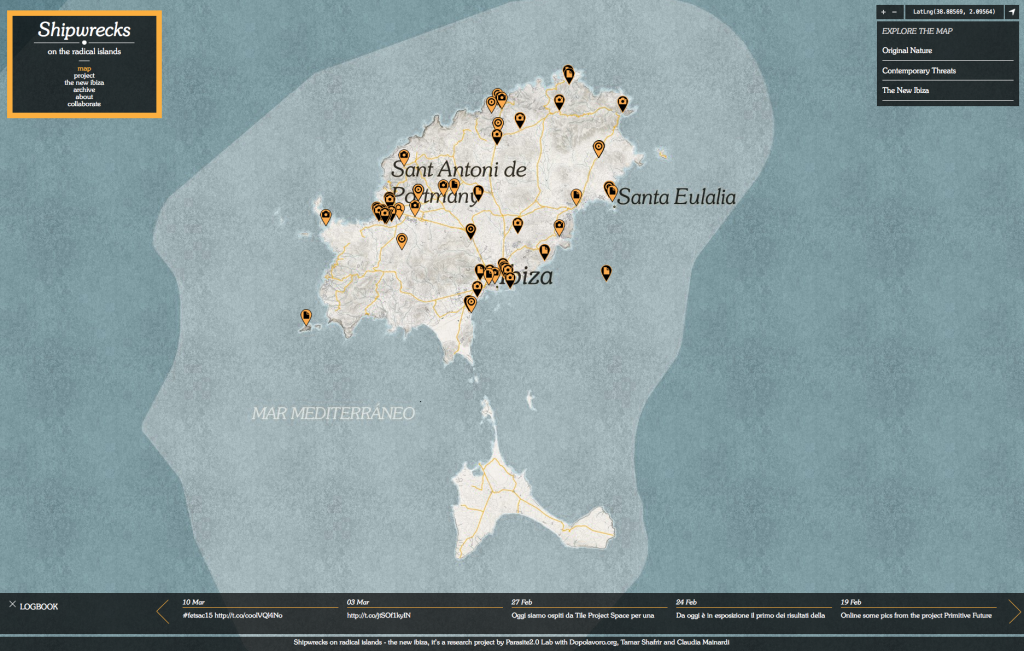 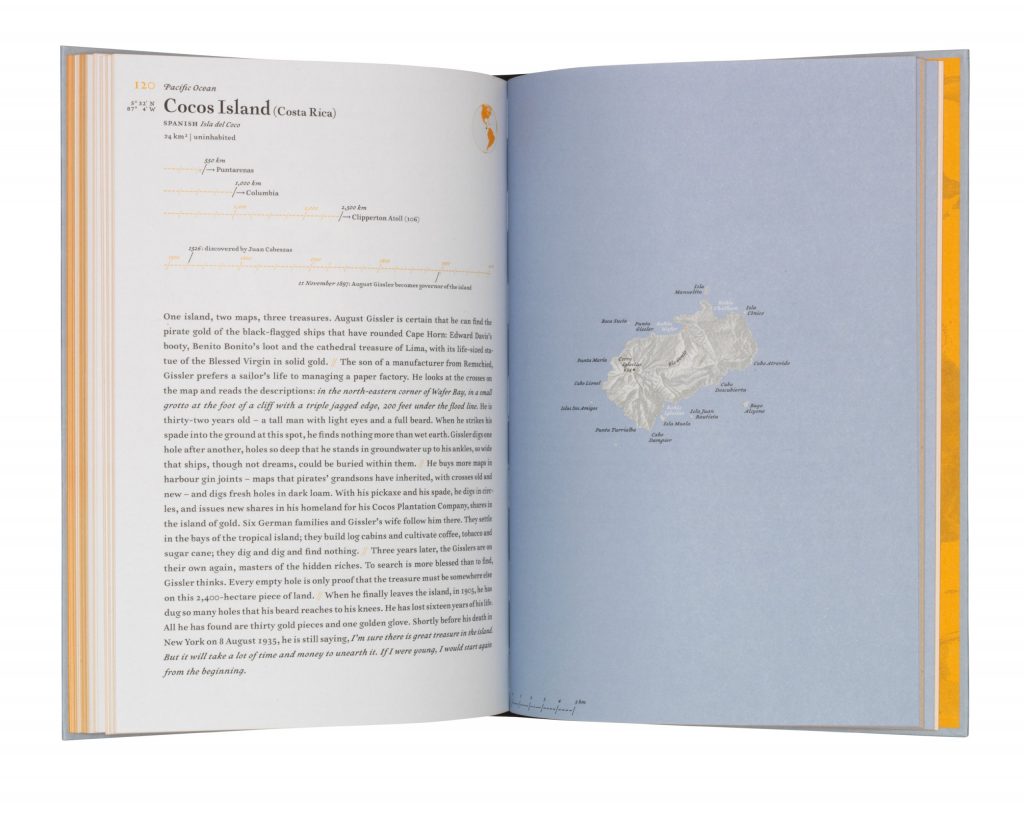