By early September Fondazione Morra Greco left the borders of its spaces and entered the Royal Palace of Naples to present the “Almost Home – The Rosa Parks House Project” by the American artist Ryan Mendoza.
The project includes the exposition of the house of the Afro-American activist Rosa Parks, who in 1955 launched the boycott of the public transport in the city of Montgomery, becoming an important symbol in the struggle for the civil rights of African Americans. Exhibited in the Courtyard of Honour of the Royal Palace, the Parks’ house, originally located in the city of Detroit, was saved from demolition and recovered by the artist Ryan Mendoza.

For the exhibition we designed some communication stuff and this free-press/magazine/catalogue, perfect to read on a public transport. 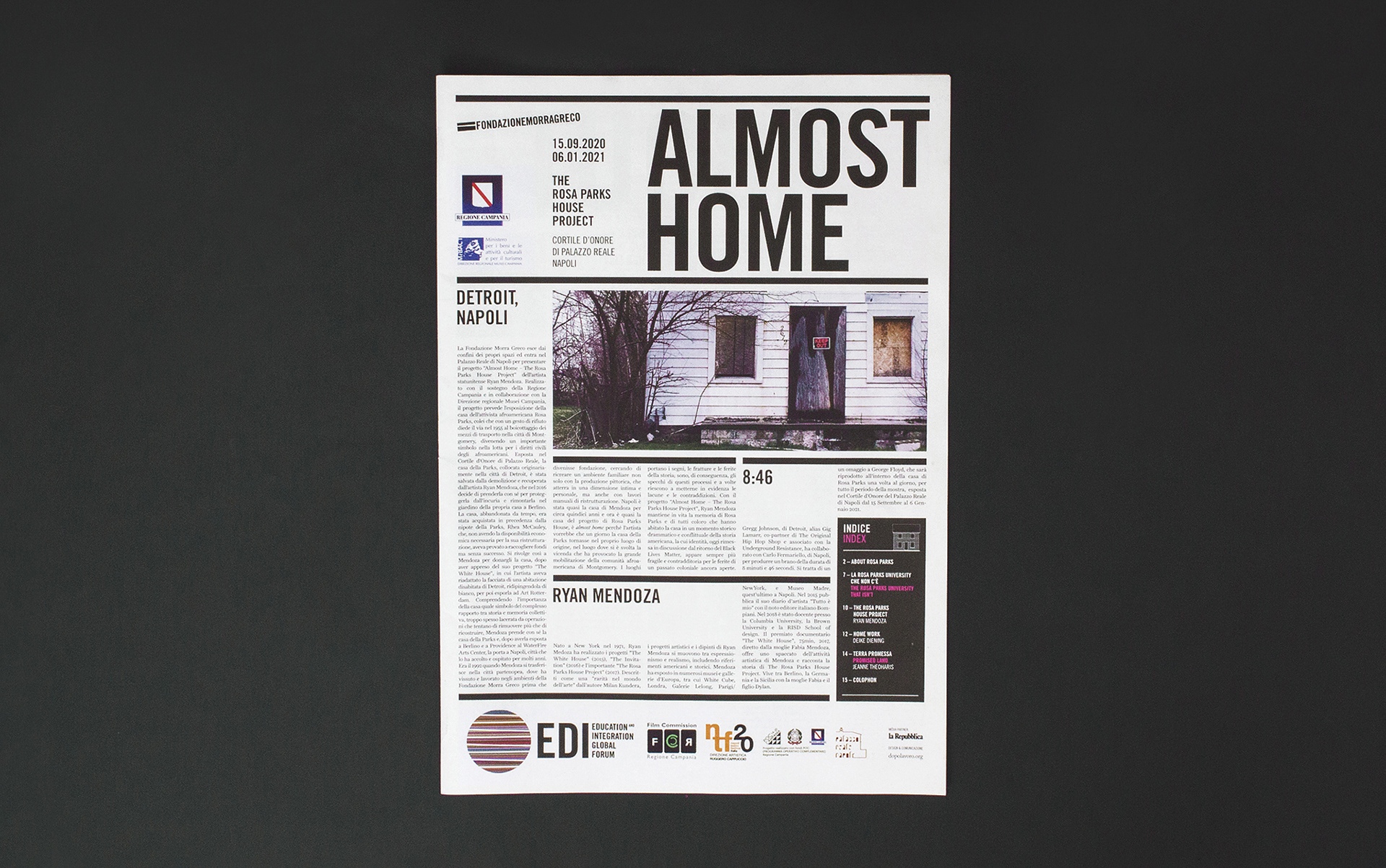 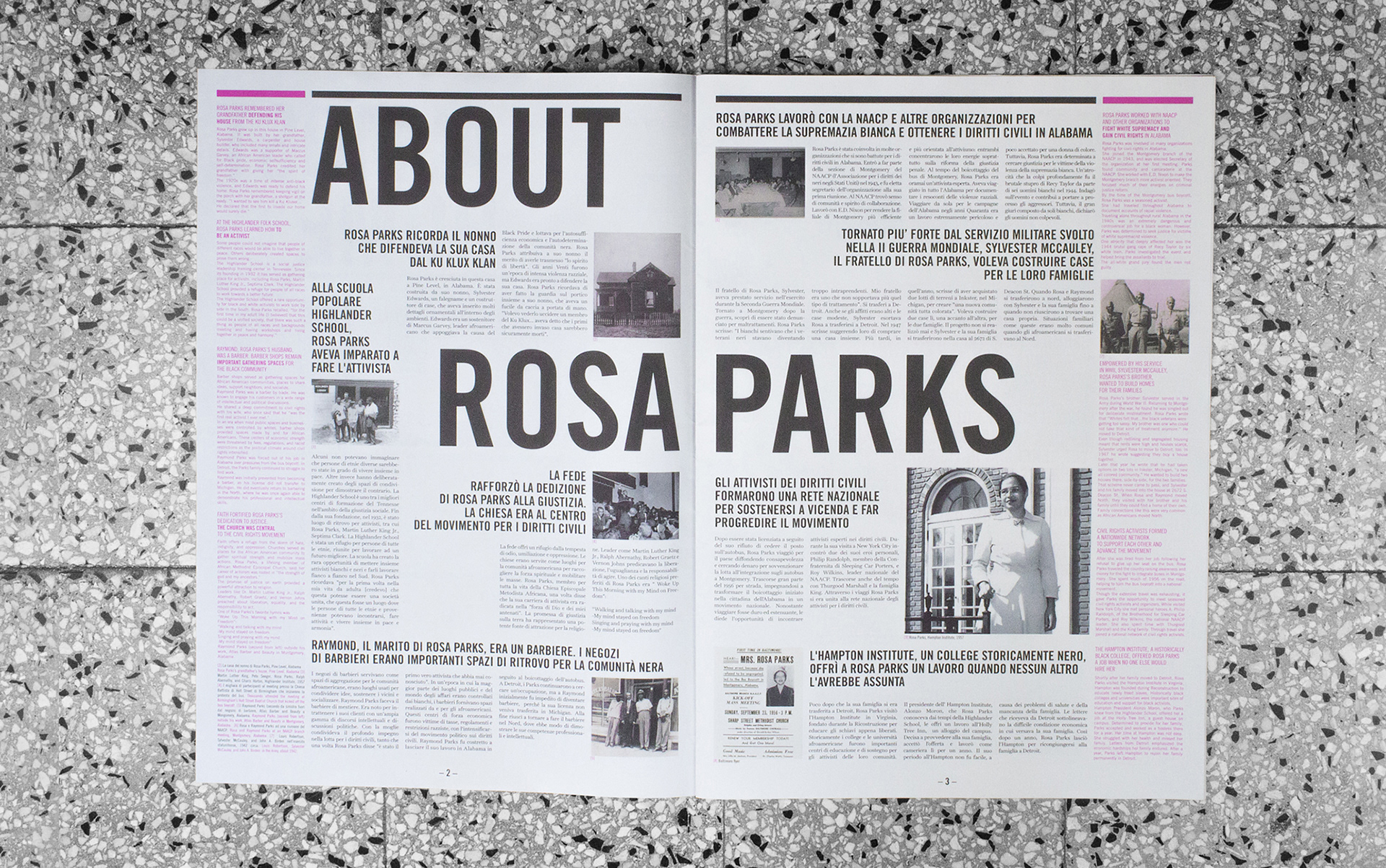 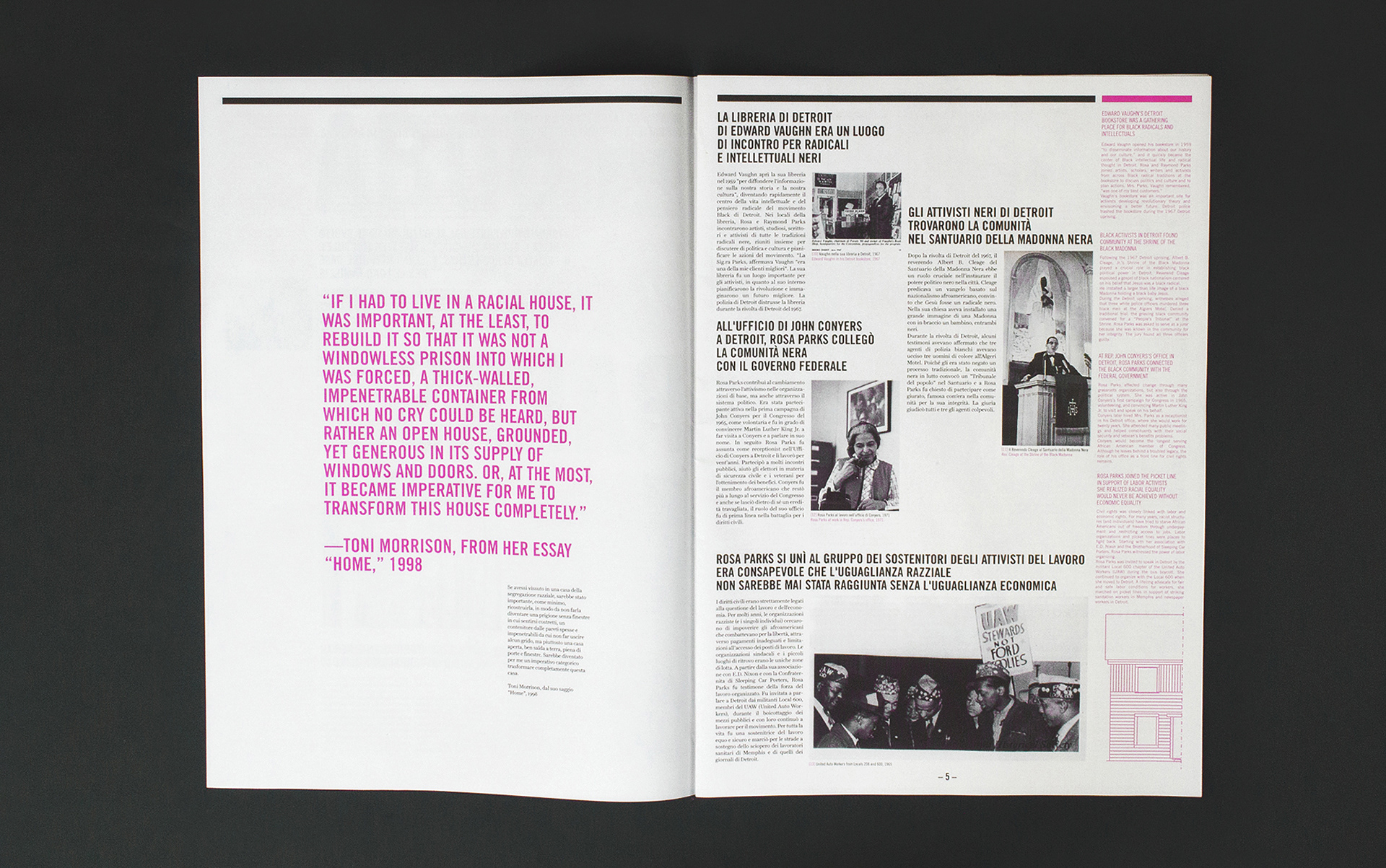 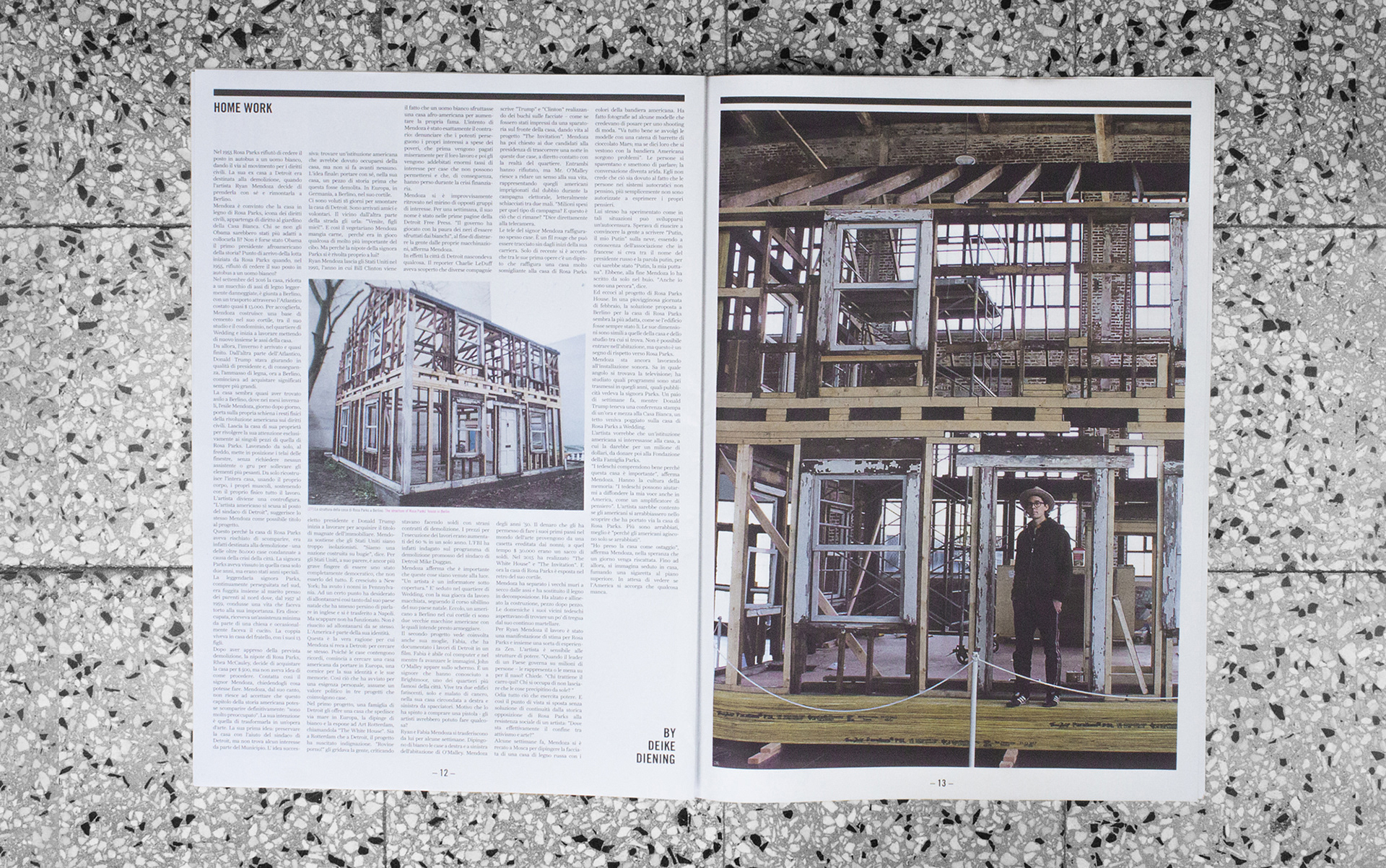 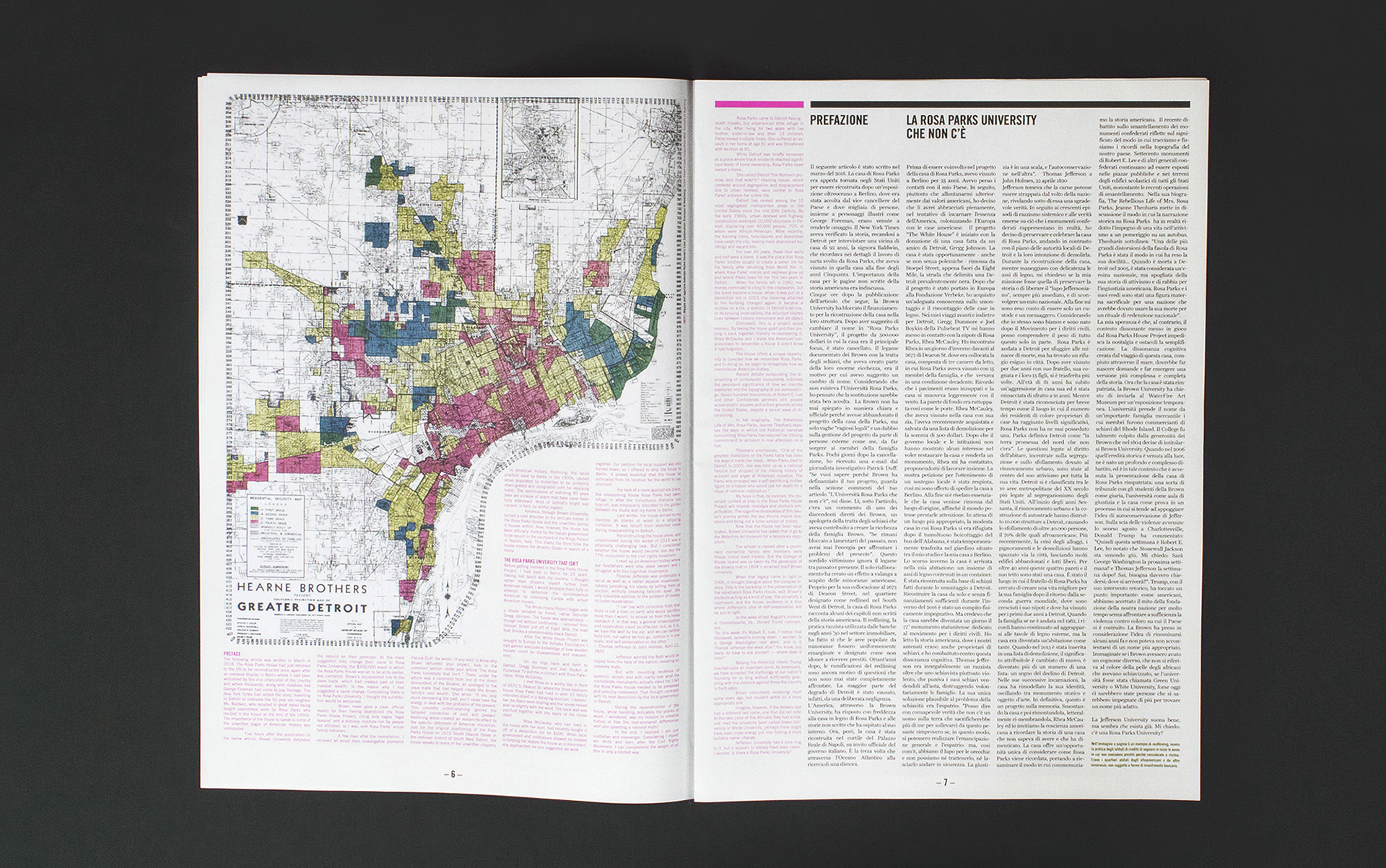 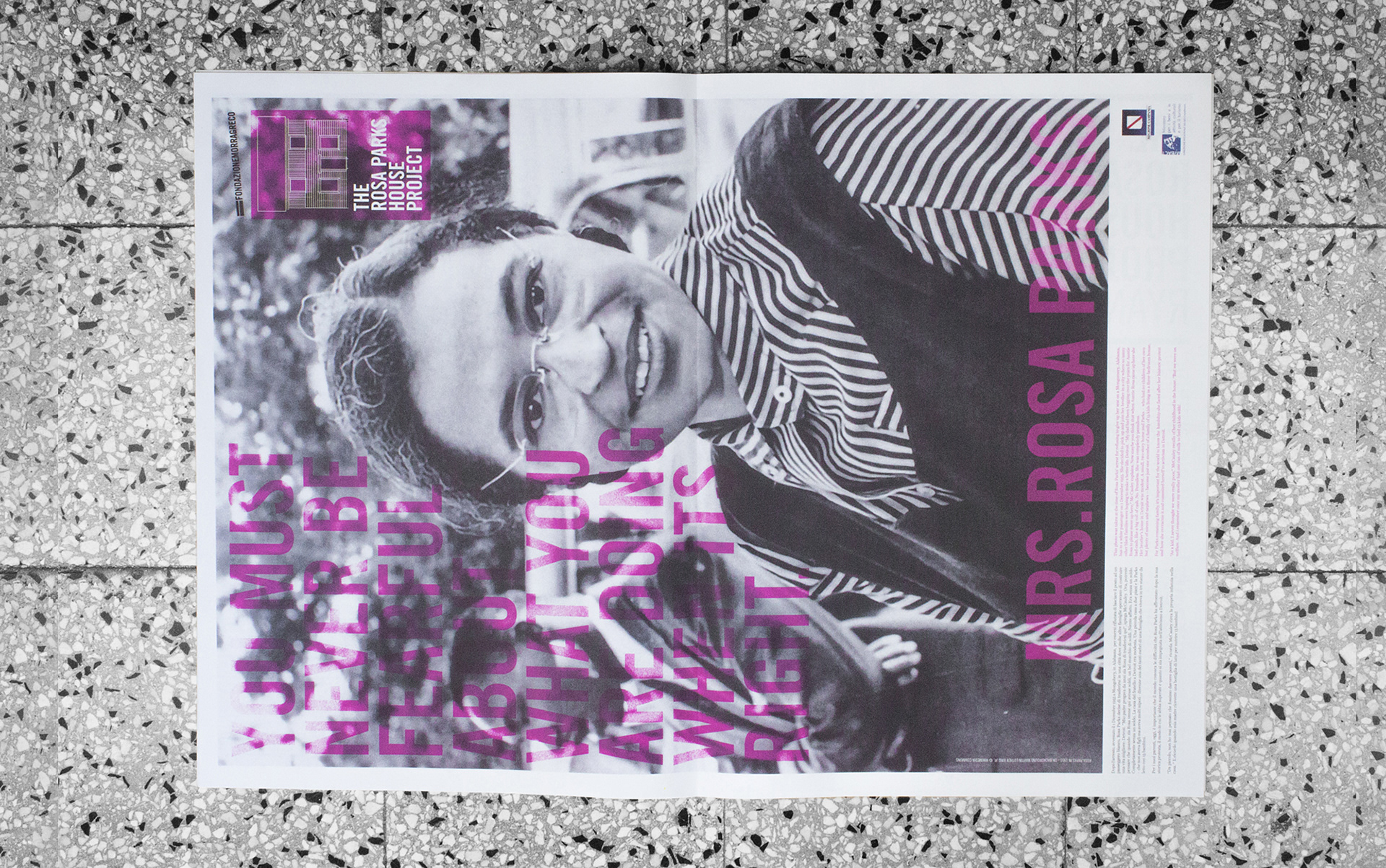 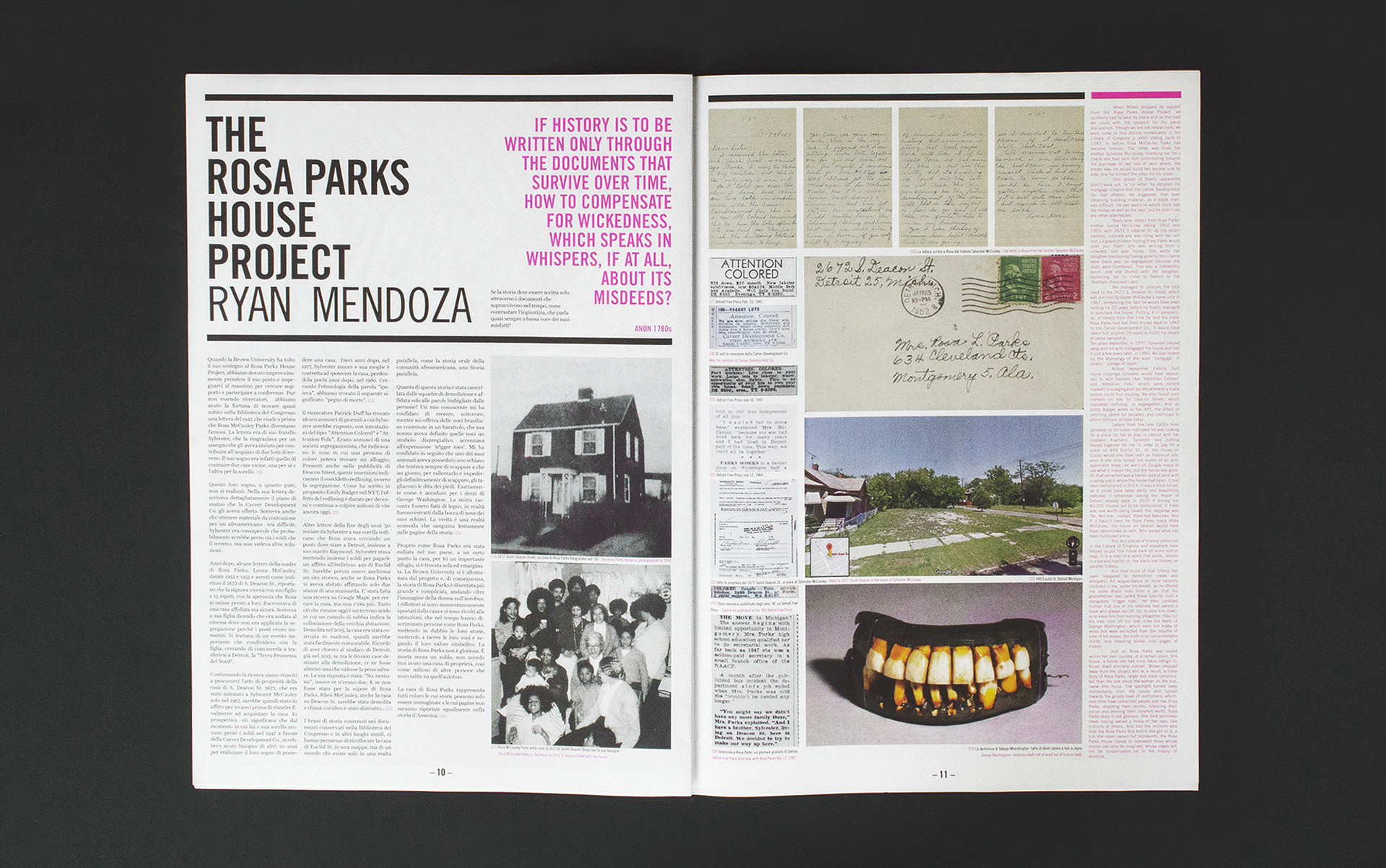 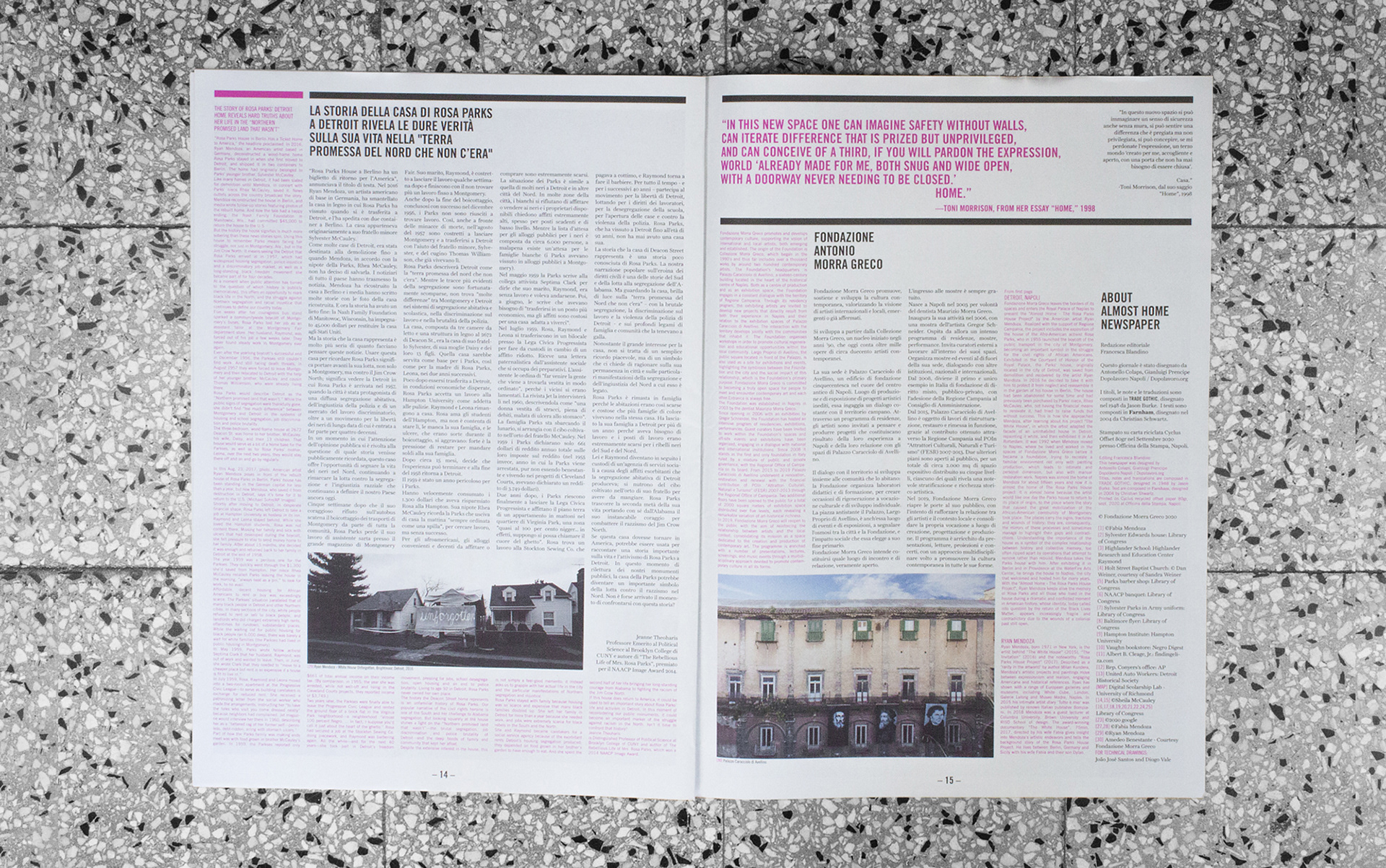 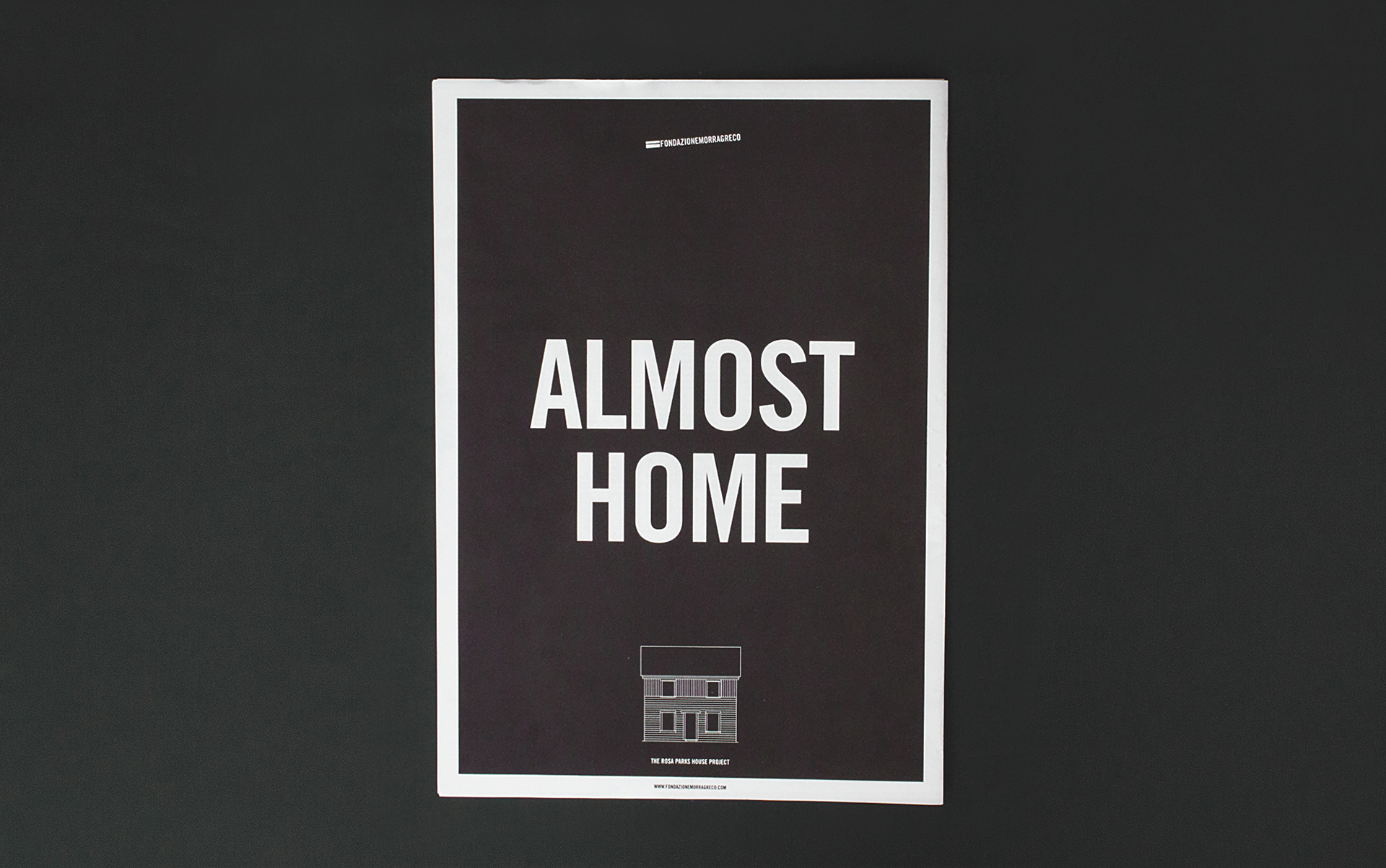 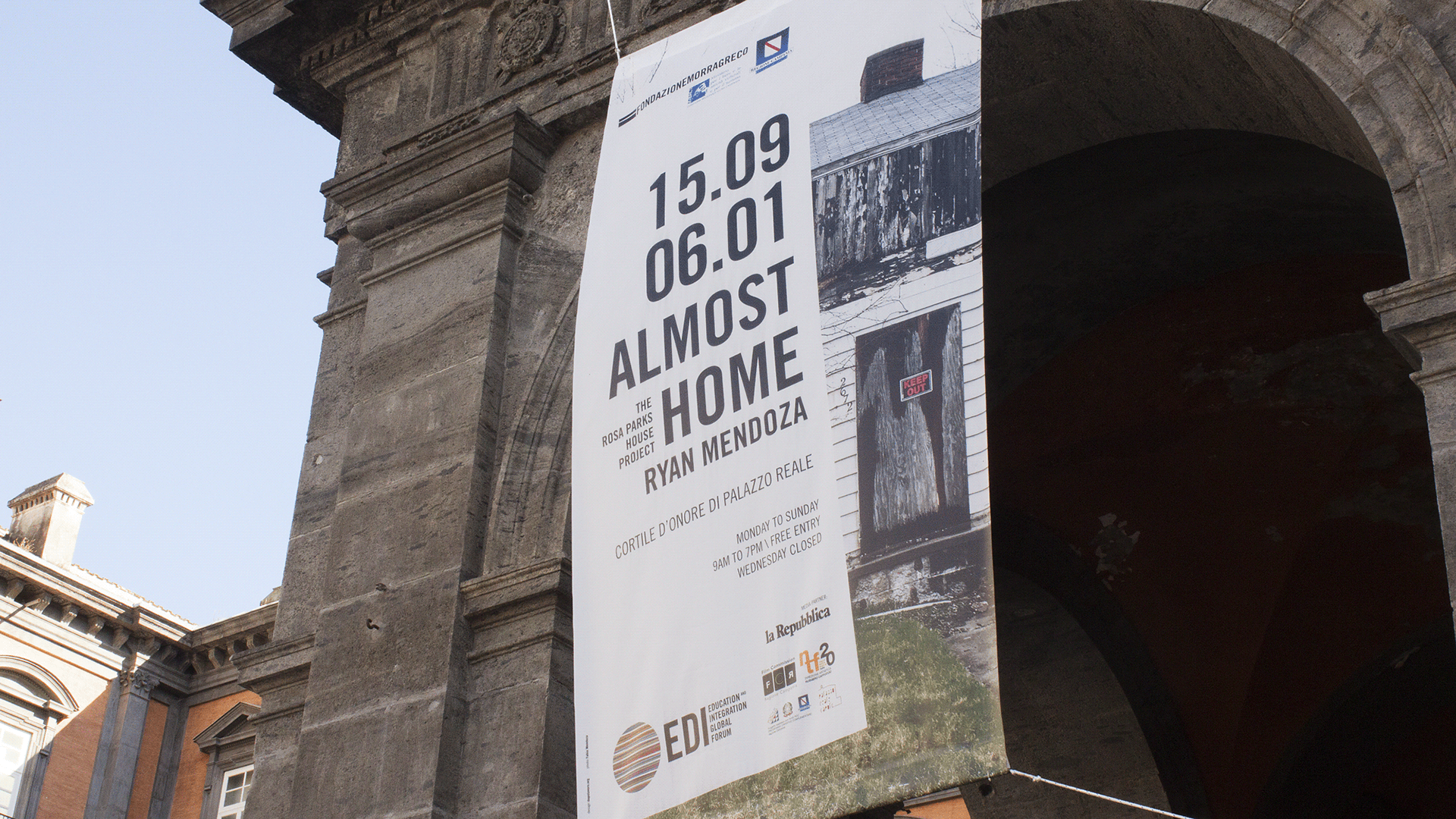 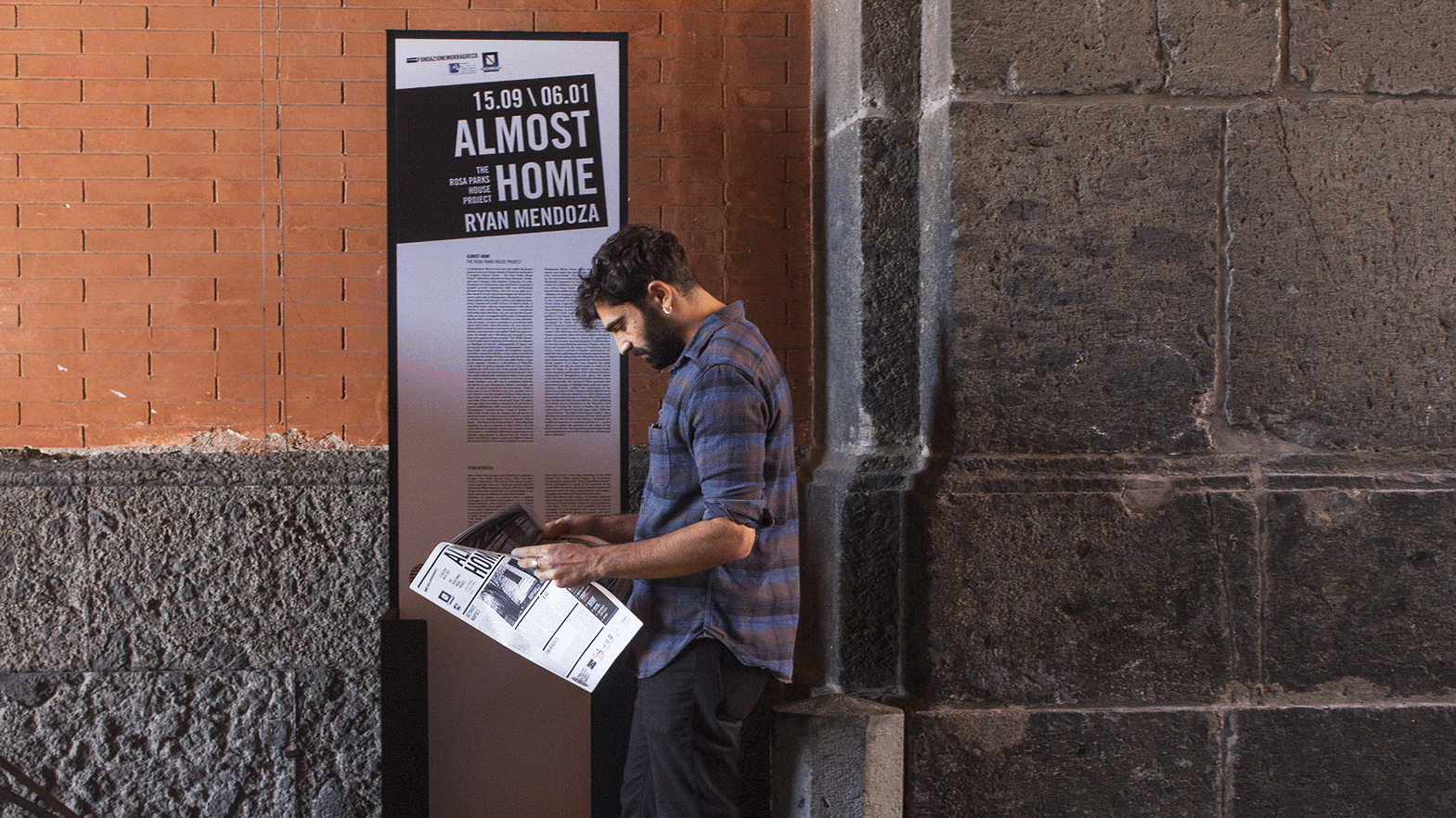 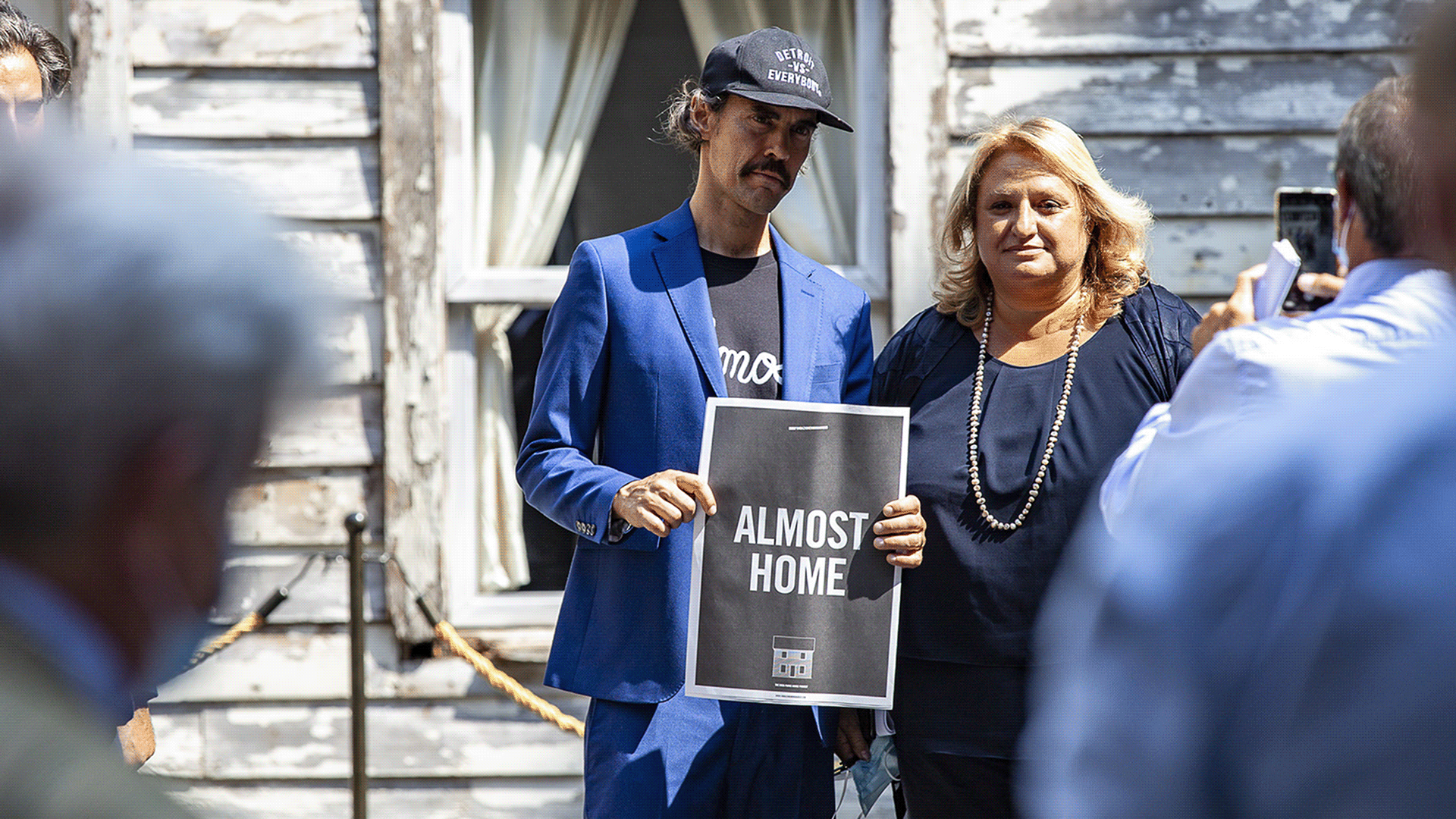 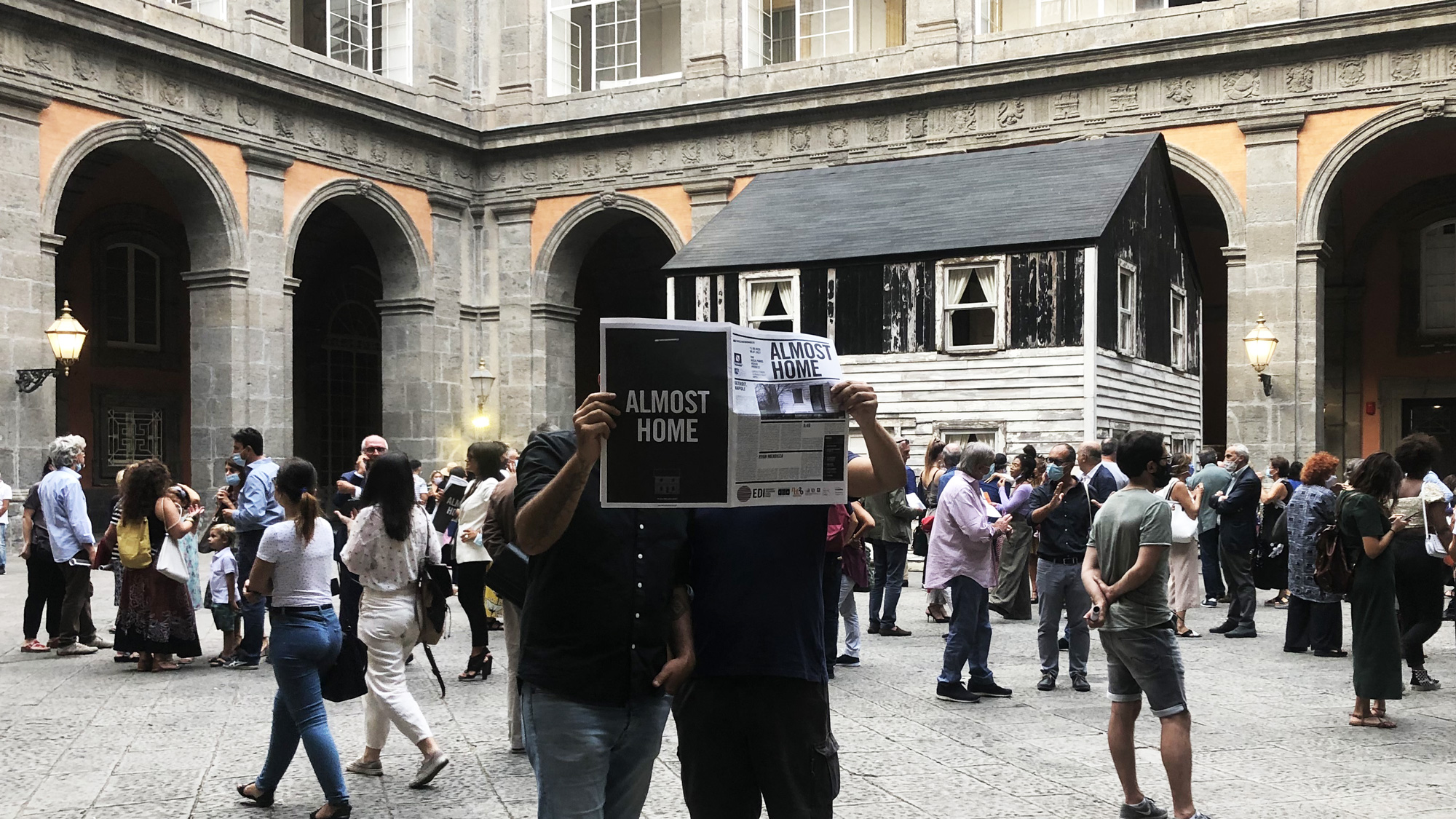